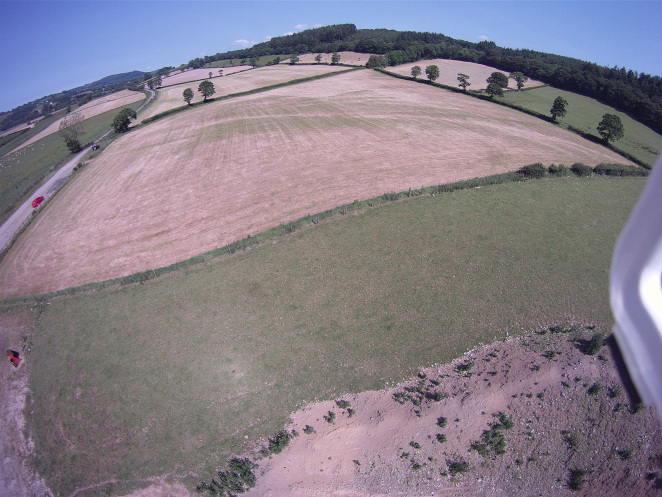 Build a drone Our Contributors

UAV photography has come on leaps and bounds within the last few years, but considering which drone camera to use often isn’t the focal point of many articles. Let’s consider a few camera setups.  Certainly for photogrammetry the high grade cameras are better, but with weight restrictions everything becomes a little more ambiguous. In this article I will consider three drone camera options that I would like to test side by side in the future, and a fourth I am unlikely to ever see.

The quintessential beginner’s UAV/rugged terrain setup, Go Pro cameras are legendary for video stability. They weigh 82g and are a very light choice for mounting onto UAVs, a major consideration for camera selection. While many in the photography community are megapixel mad, often diffraction effects are a more important consideration. 12 Megapixels on a ~6mm wide sensor will likely cause serious softening of edges, and while ground sample distance will be the same as others on paper, ‘spatial resolution’, the ability to resolve individual objects based on the Rayleigh criterion, will be far lower.

This is a camera which I see being used more and more for photogrammetric applications.  It boasts a high dynamic range and an APS-C sensor (~22mm width) with a well machined lens at a fixed focal length of 18mm.  It is light enough (168g) that it would fit on, for example, a Conservation Drones fixed wing platform, which would constitute an amazingly low cost setup which could deliver survey-grade results. I’ve included a sample which was included in the MicMac data at a downsampled .5 MP resolution, but you can see the contrast is great! 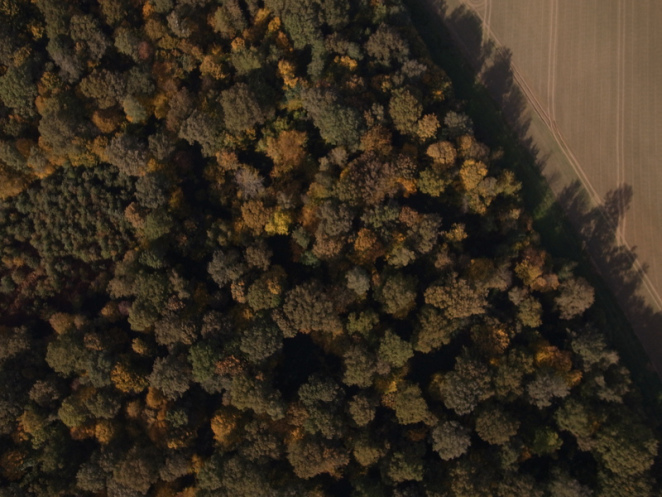 It makes me wonder of how viable a mixed workflow would be with RTK-GPS, a low cost laser rangefinder and this camera to produce really high quality orthophotos which can be fully georeferenced off two separate data sources. Particularly, I wonder if it would be a good choice for canopy height modelling, as lasers are known to perform worse during daytime, so maybe a dusk survey with a ramped ISO could produce some good results. One advantage over the others is that the lens is interchangeable, so while the Ricoh is somewhat limited in its applications, the A7S could be used for many things. One I’m going to keep in mind for when I happen upon a spare £1,500.

I found a video on vimeo with video footage flown on a DJI zenmuse – A setup around about £3.5k but would produce some amazing accuracy I’m sure.

Not much to say about this, but putting it in to consider the very very top end of the market. Phase one have produced this medium format camera (53.7mm sensor width) with a price tag of $60,000, though it does tick all the boxes for aerial surveying. It’s about the same weight as the D810 (1kg), so won’t mount on most consumer grade UAVs, though we aren’t really going for low-cost here.

I don’t expect to ever see this drone camera with my eyes, but have just grabbed the demo from their website of which I’ll included a down sampled version here for completeness, it’s pretty good looking flying 600m above ground which means a wide field of view, ground sample distance is 5.2cm.

Keep an eye on an upcoming post about various UAV platforms.

What other drone camera options should I have considered?