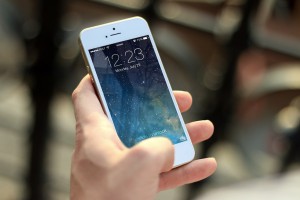 Our friends at Flyver regularly share drone applications that they have come across and find interesting.  Here is a great installment.

If we still had the creative category, this would have fit right in there. Surprisingly, or rather unsurprisingly, no one up to this point has used cows to draw images that are visible from the air. Until now. Derek Klingenberg uses a truck full of feed , a large herd of cows and a drone to make what he calls #CowArt. The way eh does it is pretty simple, he just drops feed in certain locations that form some sort of shape and then uses the truck to guide the cows to those locations. The end result is a smile, comprised of quite a few cows, visible from the sky.

Olivier C does it again. Week after week we see him create these amazing Star Wars replica drones, and he fails to disappoint us with his snow speeder. The prolific replica maker seems to have looked through everything including the little details like the rebel Alliance Starbird insignia. The result not only looks like the real, well fictional really, thing, but he also manages ot make it move like the snow speeder, as we see from the video.

As avid skiers and snowboarders, we believe that Xavier De Le Rue is one of the best things to ever come out of France, along with champagne and Daft Punk. As a drone company, we believe that a follow me function is one of the best ever developed. So you can imagine what that combo feels. The video is quite basic, but shows us how much drones could change in the way we film extreme sports. No longer does the athlete actively have to mind any equipment. That combined with the fact that a drone can get significantly closer to a person than a helicopter make us confident that the likes of the HEXO+ will be a mainstay in extreme sports productions.

4. Planting a Billion Trees Per Year

The world’s supply of tree is decreasing rapidly and we are hardly able to keep up with it. Despite repopulaiton efforts, the number of trees in the world decreases by an estimated 11 billion per year. A drone startup named BioCarbon Engineering is aiming to significantly influence that statistic by targeting the immodest goal of planting one billion trees per year.

Australian pastoralists have adopted using drones to monitor their large estates more efficiently. The normal method of sending people on foot requires far more resources and much more time, which is why the drone is a perfectly natural fit here.

There are many great drone applications to be checked out, see what people are talking about on the web now.

The Urban Forest | DeepRoot Blog
Unmanned Aerial Vehicles (UAVS) – aka drones – are all over the news. As they get lighter and more affordable, the applications for their use widen. Brian Ritter, an ISA Certified Arborist, Registered Forester, and current PhD …
This startup makes sense of commercial drone data
DroneDeploy delivers aerial maps and 3-D images for real estate, mining and agricultural applications. It just closed a $9 million round led by Emergence Capital. Dozens of companies are testing drones for real estate insights, agricultural …
Drone Fishing and more. Top 5 drone applications of the week
1. Fishing Imagine you’re sitting in your boat on the lake, casually throwing the fishing rod around, waiting for a fish to take the bait and then suddenly you hear a sound akin to a swarm of bees in close proximity. No, it’s not the revenge of mother nature finally starting, …
Flyver: Top 5 Drone Applications of the Week, March 9th
Drones, and drone apps, are a hot topic in pretty much every industry right now. Big business is searching for optimal ways to use drones and reduce costs, artists and creatives come up with interesting and unusual applications for drones every week. Every week we see new projects and experiments …