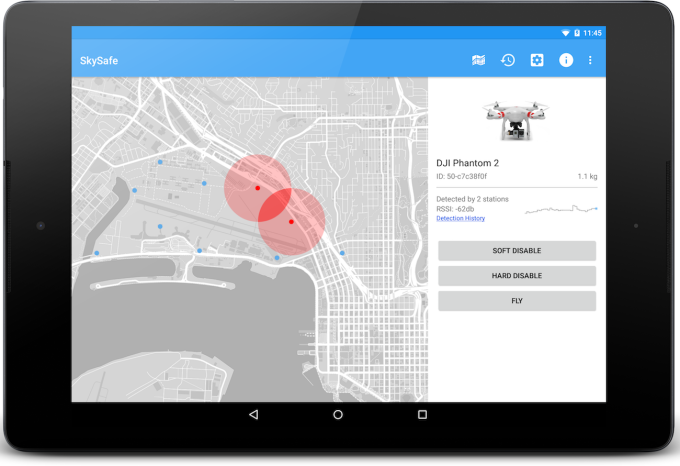 Drones are a threat to both military and public safety, whether flown by a terrorist or just a reckless pilot. SkySafe’s radio wave technology can detect and stop rogue drones from entering unauthorized areas like military bases, stadiums, prisons, and airports. SkySafe’s radio frequency signals are projected from a perimeter of nodes or even a Jeep, and force unapproved drones to leave or land while allowing permitted drones to fly.

Meanwhile, SkySafe has secured a $1.5 million Department of Defense contract with Naval Special Warfare to provide count-drone tech to the Navy Seals. SkySafe’s mobile defense vehicle can accompany armed forces in the field to protect a moving perimeter from drone attacks or surveillance.

SkySafe CEO Grant Jordan started SkySafe after graduating MIT and working on anti-drone technology for four years in the Air Force Research Lab. He writes that “we are rolling out a series of demonstrations, tests, and exercises for DoD customers over the next year and plan to have systems in the field in 2018.”