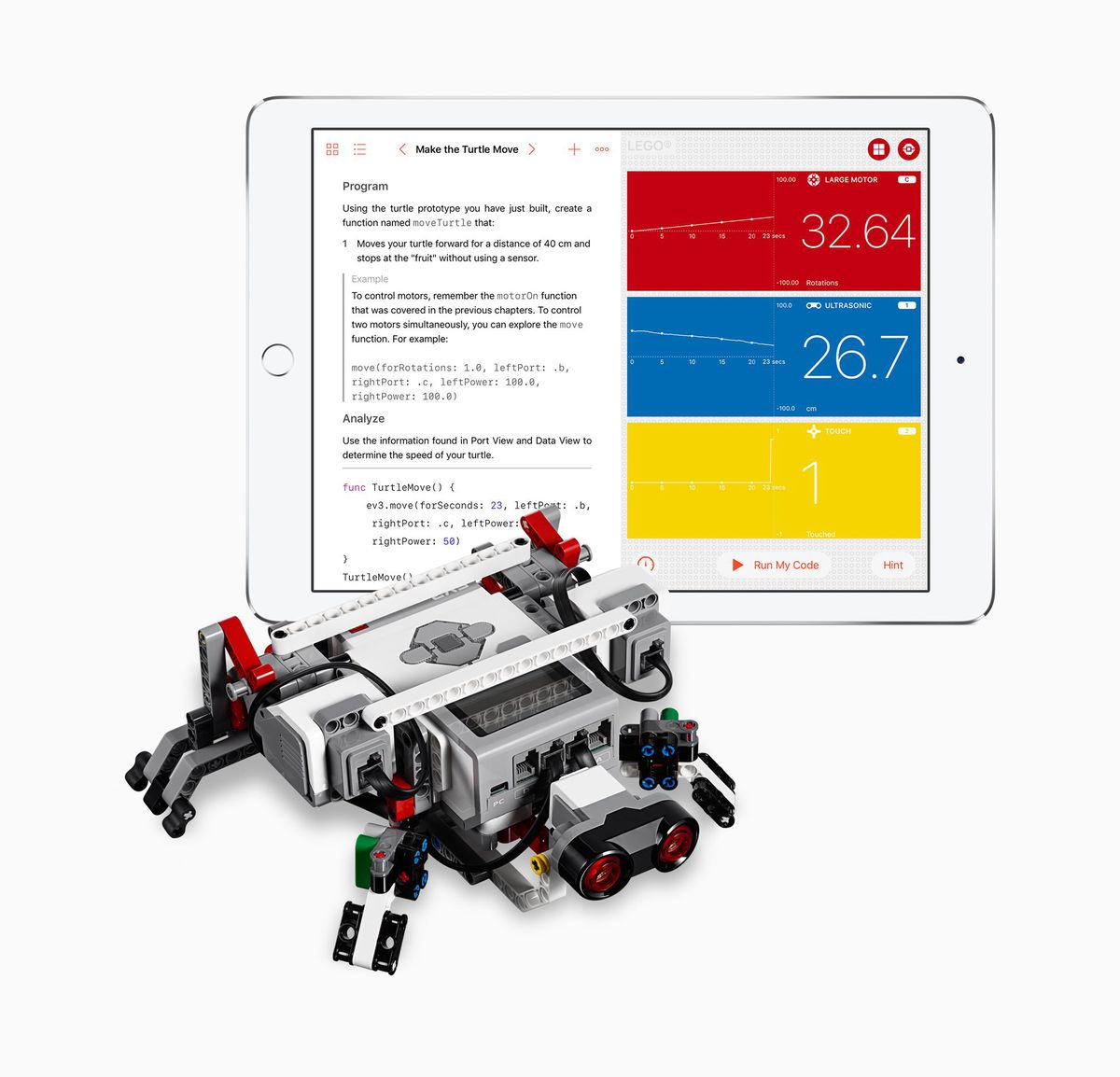 Apple doesn’t build robots or drones, but now you can use its software to program them.

On Thursday, Apple announced that, starting June 5, its increasingly popular iPad-based programming app, Swift Playgrounds, can be used to program robots built with LEGO Mindstorms EV3. Version 1.5 of the app will also handle programming tasks for Sphero’s SPRK robot ball, Parrot’s Mambo, Airborne and Rolling Spider drones, as well as robots from UBTECH, Dash, and Skoog. All devices will connect to the iPad and Swift Playgrounds via a Bluetooth connection.

It’s a big win for Apple in education and in the burgeoning home robotics and drone space and, at least for LEGO, a surprising move, since it already provides iPad-based programming software for its EV3 robots.