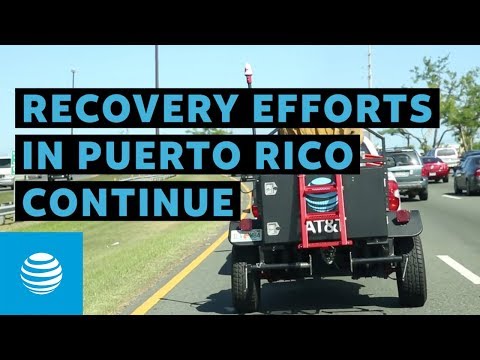 Like most decent human beings, we’re all about helping those in need. So, we can all agree that AT&T’s newest move in aiding a ravaged Puerto Rico is not only generous, but it’s awesome and innovative.

The marriage of the most popular autonomous vessel and AT&T’s claim to fame has produced their newest bundle of joy: the Flying COW. No, we’re not talking about an aerial bovine. It’s AT&T’s ‘Cell on Wings’, a drone capable of an simultaneously supporting up to 8,000 people.

AT&T’s COW (Cell on Wings) Drone : An Answer to Devastation and Commercial Innovation

In the wake of Hurricane Maria’s devastation, this much needed cell-serving drone has been providing cellular data up to approximately 40 square miles. And, with almost 50% of Puerto Rico’s telecom still out of commission, AT&T’s drone testing services are much needed.

“As we work to permanently restore our network, this experimental technology is providing data, voice, and text services to customers,” AT&T said in an announcement today. “This is the first time an LTE cell site on a drone has been successfully deployed to connect residents after a disaster.”