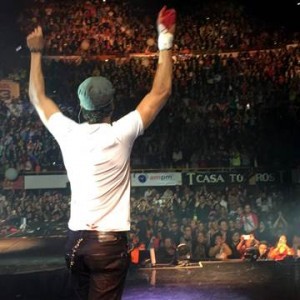 Apparently we need warning labels on these drones.  Enrique Iglesias is a talented singer, well known for songs like Bailamos (although we prefer Dímelo).  However, he is not  a good judge of how to interact with a drone.

It is being reported that he regularly uses drones for aerial footage during his concerts and that he often grabs them out of the air, turning the camera upon himself before letting them go.  This is a terrible practice which led to an unfortunate accident.

We hope that Enrique Iglesias, and anyone else that comes close to drones in the future, remembers this lesson.  While drones can be a great deal of fun they can also be dangerous when misused.

Be careful and may the industry soar!