NOTE: On 5/28/2015 Transport Canada issued an NPA which will likely further result in modifications in the next 90 days.

We will keep this updated as Canadian drone regulations evolve over time. 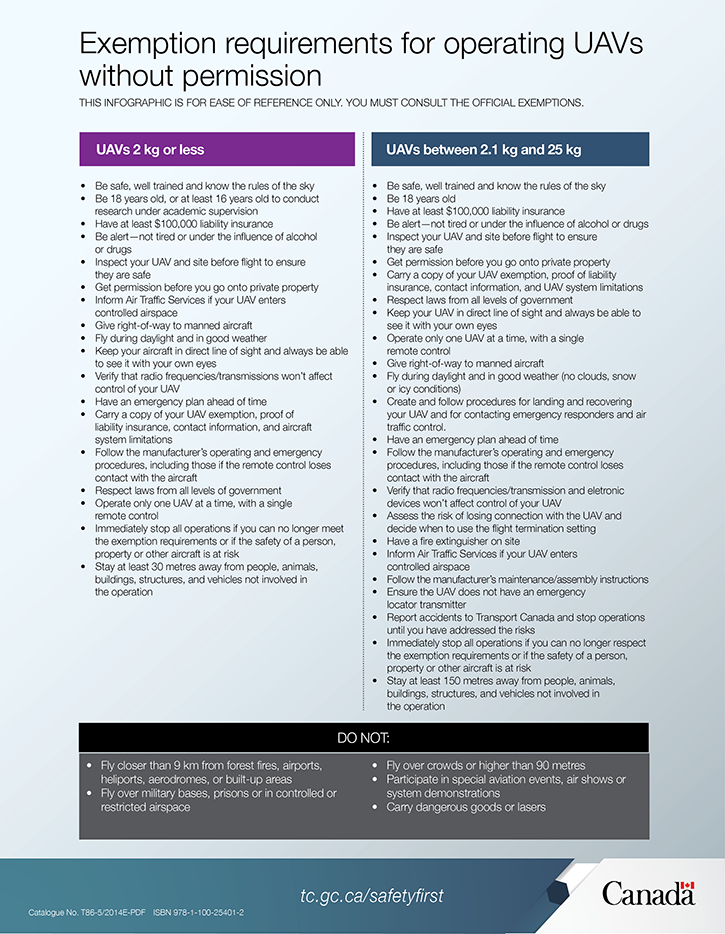 Interested in reviewing regulations in other countries?  Stop by our global drone regulations guide.