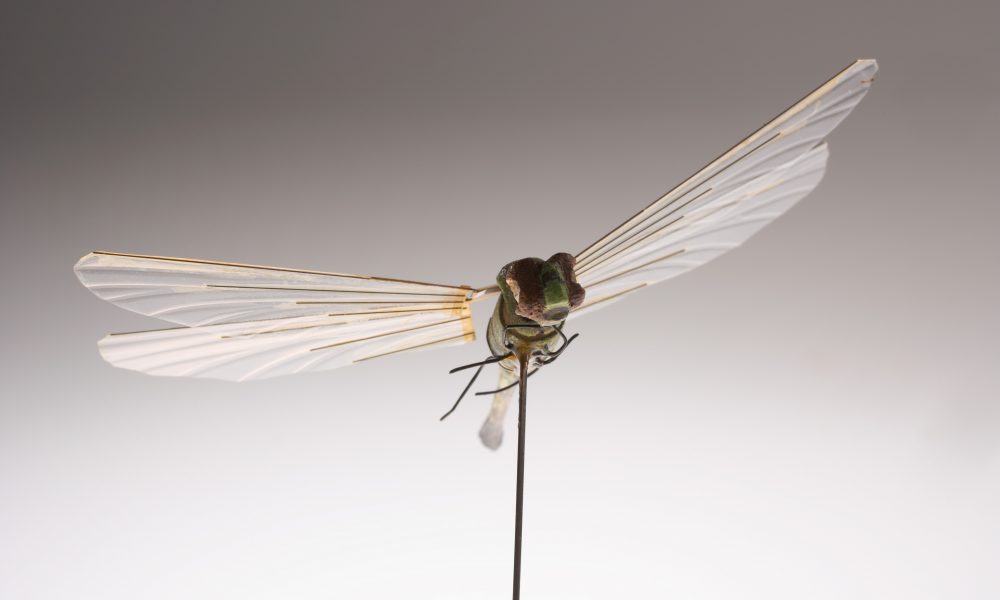 Biologically inspired drones may be seen more often in future UAVs, but it’s nothing new. The CIA created a nano-sized drone of their own back in the 1970s. At a time when the government required a miniature listening device, they invented a mechanical bumblebee. Their initial design was too difficult to control, so they ditched the idea and invented the Insectothopter, a mini dragonfly drone. The CIA found some success in their drone design, but it was never operational because of its problem with wind. Regardless, a nature inspired insect drone was still created nearly 50 years ago, and proof can be seen in this video:

The base design for the dragonfly drone was suggested by an amateur entomologist, or a scientist who studies insects. A watchmaker was the one who actually designed the UAV. He installed a mini fluidic oscillator, which is used to propel the wings up and down. The oscillator was fueled with a small amount of propellant to produce gas. A laser beam system was utilized as guidance and a data link for its audio sensor payload. Insectothopter was capable of flying up to 656 feet away, and it had a flight time rated at 60 seconds with a 1 gram payload. Just like the mechanical bumblebee, Insectothopter experienced problems with flight control whenever crosswinds were apparent, so it was unused on the field and is now stored at the CIA Museum.

Insectothopter measured in at 6 cm in length, 9 cm in width and 1.5 cm in height. Being that it was created nearly half a century ago, imagine what kind of technology the CIA has now.

Source: CIA created a dragonfly drone in the 1970s!