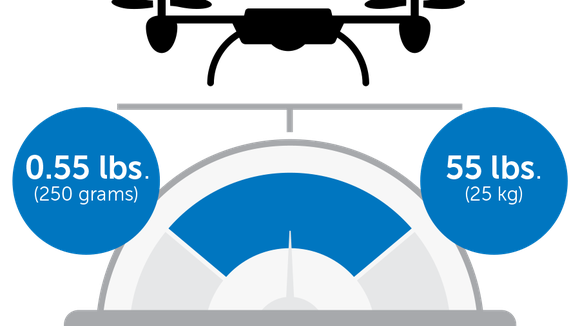 Personal unmanned aircraft systems — better known as drones — have become popular purchases among consumers. Sales of drones have more than doubled in the past year, according to figures from analytics company NPD Group, and with the rise in drone usage, the U.S. Federal Aviation Administration has taken the potential problems that drones present to the aviation community very seriously. Various drone regulations cover commercial drones as well as those for personal use, and the FAA rules on drones have created controversy among various stakeholders.

If you’re thinking of using a drone in the U.S., you’ll need to know how the FAA looks at drones and what you’ll need to do to get permission to fly.

The first thing that the FAA encourages is registering your drone. Registration is required if it weighs between 8.8 ounces (250 grams) and 55 pounds (25 kilograms), and potential civil and criminal penalties apply if you don’t register. Those with drones above 55 pounds must use a paper registration process, while there’s an online registry for smaller drones. The registration form is relatively simple, requiring basic information about yourself and the drone.

The limitations that the FAA has imposed on drone operation emphasize the priority that the agency puts on manned aircraft operations. Drones for personal use must not be operated within five miles of an airport without prior notification to the airport and to air traffic control. Personal drones must always yield to manned aircraft, and operators must keep the aircraft within sight and follow community-based safety guidelines.