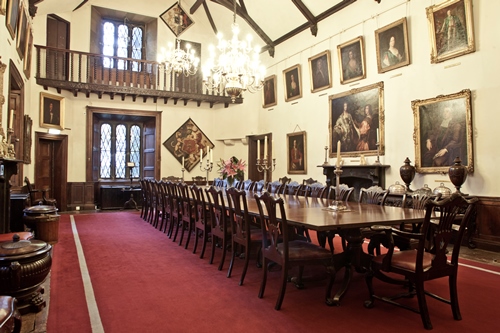 The Drone Girl takes us to Malahide Castle

According to the Malahide Castle web site:

“which was built in the 12th century has a long and rich history and played a central role in Medieval Irish history. The oldest parts of the castle date back to the 12th century.  The building was notably enlarged in the reign of Edward IV, and the towers added in 1765. The estate survived such losses as the Battle of the Boyne and the Penal Laws. It was home to the Talbot family for almost 800 years (1185 to 1975).

Malahide Castle was built by the Talbots, an English family holding the title Earls of Shrewsbury, who had arrived in England during the Norman invasion with William the Conqueror. The French origin of the name was Tailbois or Talebot, and they had been Barons of Cleuville in Normandy before their arrival in England. Their name is thought to be first recorded in the Domesday Book of 1086.”

Drone girl takes us on a tour as she flies her DJI Phantom around, and over, the castle grounds.