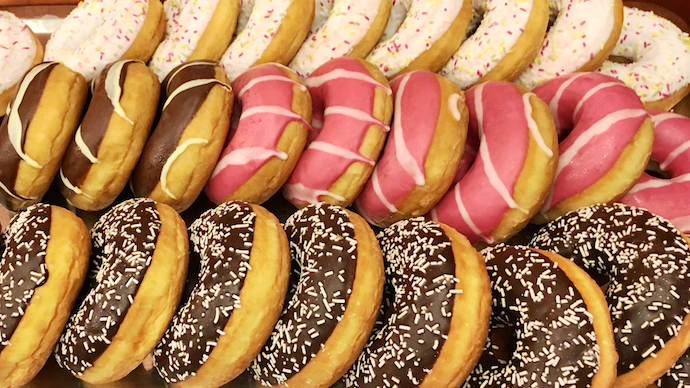 First, there were cronuts. Now there are dronuts.

No, they’re not delicious fried rings of cake from the Italian city of Dro.

Last week, doughnut-toting drones (get it?) delivered confections to public servants across Denver.

Boxes of LaMar’s Donuts were flown on Wednesday from nearby parking lots to the mayor at City Hall, as well as workers at local police and fire departments.

“This is exciting stuff, and I think as we get ready for not only drones in the air, [but also] for autonomous vehicles, this is our future,” Denver Mayor Michael Hancock told the Associated Press. “This is how we’re going to become a more efficient 21st century nation, society quite frankly.”

Flying “very, very” short distances, the unmanned aerial vehicles took off and landed with human supervision, and were monitored at all times—in accordance with FAA regulations, according to a restaurant spokesman.