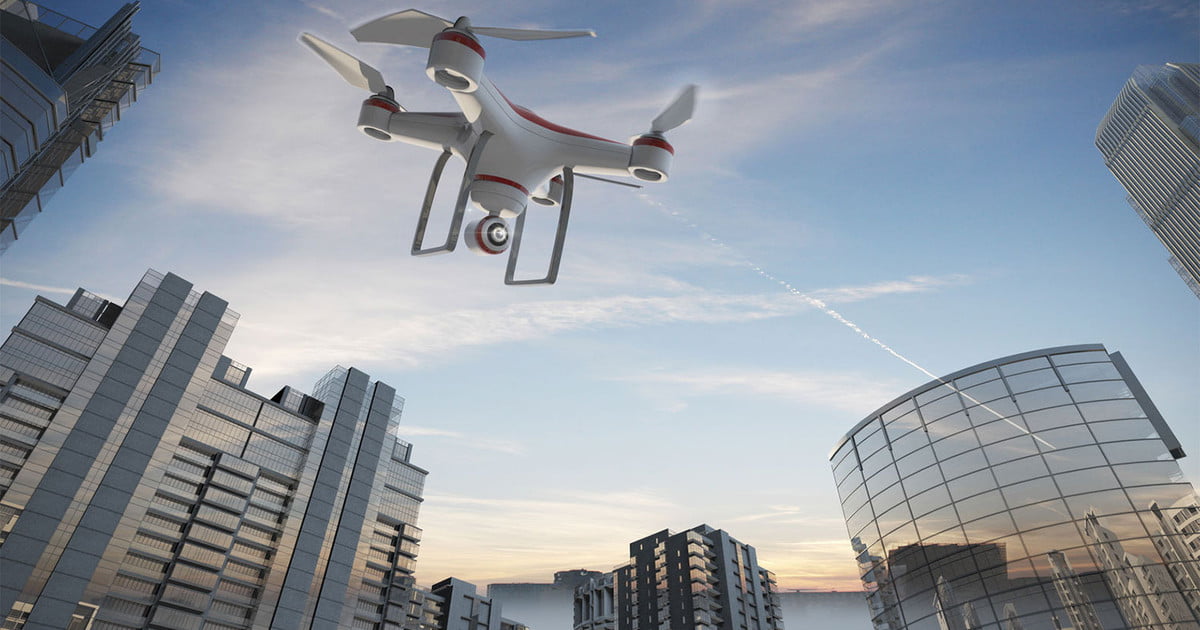 Police officers walk the perimeter of the Gangneung Ice Arena where the figure skating and short track speed skating will be held during the Pyeungchang Winter Olympics Monday, Feb. 5, 2018 in Gangneung, South Korea. (Paul Chiasson/The Canadian Press via AP)

Drone ownership has caught on in South Korea like it has pretty much everywhere else, a fact that hasn’t escaped organizers of the Pyeongchang Winter Olympics, which officially gets underway on Friday.

Officials are concerned about rogue flying machines disrupting events during the two-week sporting extravaganza, and have put in measures to deal with any such incidents.

Worst-case scenarios include a drone carrying a bomb toward a bus full of athletes, a scenario recently tackled by a SWAT team as part of a pre-Games drill. The team shot down the drone before it had a chance to reach the vehicle.

The sporting event isn’t known to be facing any specific threat from terror groups, and the North’s decision to participate in the Games has reduced fears that South Korea’s unpredictable neighbor might interfere in some way. But as you’d expect, trained personnel — reportedly as many as 60,000 — will be doing their utmost to ensure the safety of the athletes as well as spectators attending the Games.

The airspace over and around the Games has been declared as a no-fly zone for unauthorized aircraft, and special drone-detection radar developed by the Korea Advanced Institute of Science & Technology will be in place to keep the skies safe for the duration of the event.

Local news outlets are also reporting the use of signal-jamming guns like this one that can intercept communications between a pilot and their drone, and bring it safely back to the ground. In extreme cases, a helicopter could be deployed, with a special forces agent going in close to shoot and destroy the drone in mid-air.