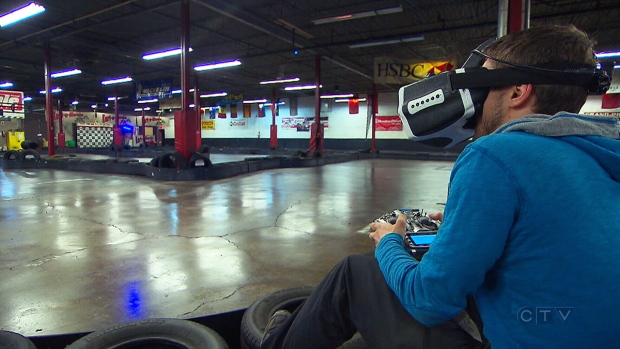 The sport has even led to the creation of a world championship, broadcast live on television.

There are a variety of rules based on what kind of race the drone owner is competing in, but they are similar to race car driving regulations.

In some leagues, pilots are given points for flying their drones past checkpoints and finishing within a certain amount of time.
Drones can reach speeds of 120 kilometres an hour, with race courses ranging from the mundane circuits, to tracks that feature several levels.