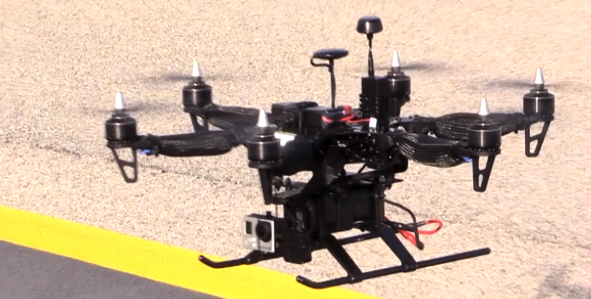 The drone interceptor is here, it’s called the MPI 200 and could be a great tool for drone security

The Wall Street Daily ran an interesting article drone security and a new pursuit-and-capture drone being developed in France, the MPI 200.  The article noted:

“This large, muscular beast is equipped with a tracking system and a big net. When an unauthorized drone is sighted, the Malou counter-drone is deployed. It flies autonomously, acquires the offending target, hunts it down, and captures it in its net! It then flies to a predetermined safe area and lands, where human operators can disentangle the intruder from the net and begin their investigation.

Of course, in order to catch up and intercept other drones, Malou’s “aerial cop” needs to be especially powerful. And it is.

Its drone reaches speeds over 60 mph and can handle an intruder drone up to 15 pounds.”

We reached out the Malou a couple of questions about this new drone security technology.  Language barriers led to brief answers but we hope you still find them of value. If not, skip down to the video of the MPI 200 at work.

Q. How has the government of France reacted to the MPI 200? Have they embraced the idea?

Q. The MPI 200 makes sense, do you see it being sold globally?

We hope so. We are looking for International Distributors and partners.

Q. What recommendations would you make to drone hobbyist to ensure they do not raise privacy or security concerns?

Here is a video of the MPI 200 in action, drone security via drones, this is interesting.