Drone Surveillance is a growing concern

Drones are a big thing right now. But they’re also relatively new to the masses. Drone surveillance is a major concern for many people.

[Tweet “Drone surveillance is a major concern for many people”]

As we’ve seen time and time again, people are prone to react violently to drones, because they are unfamiliar objects. Honestly, our reaction is not that different from that of ananimal and that’s perfectly normal. People want their privacy and with every new technology, some time needs to pass before we can establish how to ethically protect that privacy. There is no doubt in our minds that drones are the future, however we firmly believe that the only way for them to become a mainstay in human society is if we use them ethically. Until clear guidelines and limitations are made official, it’s going to be hard to use the law in order to protect your privacy from drones, which is why we created this little list of tools you can use to keep your private life private, so that you don’t do something like this: 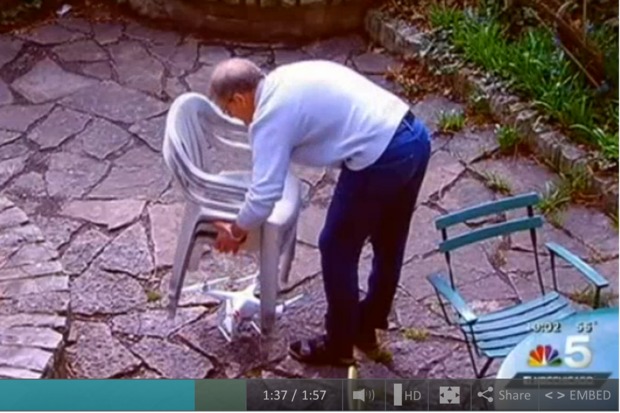 This is pretty much the most important part. Educate yourself on the capabilities of consumer drones and whether there are any companies performing drone services in your region. Often times the drones you see in the sky might be on a completely different mission than to spy on you. Know what your rights are and who to call in case you feel there is an invasion of your privacy. In most countries calling the police is the best option, but drone law varies a lot from country to country nowadays, so you can’t be sure without checking first. 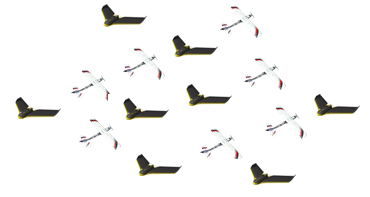 The Rapere Intercept is a drone designed to protect your privacy from drone surveillance. You basically just point it towards a drone that’s bothering you, the Rapere takes off, drops a tangle onto the other drone’s propellors, which in turn prevents them from spinning and the drone rapidly falls to the ground. This might however be considered overkill, since you are almost certainly destroying someone’s drone and preventing him from learning how to ethically use it. The Rapere is still in development, but you can subscribe on their website to get notified when it comes out.

Cyborg Unplug is a much more civilised solution ot the drone privacy problem. It’s a device which you plug into an electricity outlet and it works in a very simple way. It has two modes, territory protection and all-out-mode. The basic idea of the device is that it checks networks for unauthorised devices and prevents them from shooting video or whatever else footage they might be making. In territory mode this applies only to you home network. In all-out-mode it covers everything within the range of the Cyborg Unplug, however might not necessarily be legal everywhere. The device is not limited to just drone surveillance. It can also stop anything from Google Glass to a smart smoke detector from broadcasting a signal through the network.

If all else fails and you’re really bent on getting drones out of your life a an anti-drone service akin to Drone Shield may be what you’re looking for. The system detects any drones in the vicinity regardless of size and type of signal emitted. Considering that it’s being used for high-profile vents such as the Boston Marathon, we’re quite certain Drone Shield would be sufficient for anyone’s needs

If you have any other suggestions for how to protect your privacy, please leave them in the comments below. And don;t forget that it’s our job to sue drones responsibly, so that people don;t have fear which spawn the need for such articles!

We thank our friends at Flyver for continuing to provide great insights and for their willingness to share with our readers. Originally published on the Flyver blog.