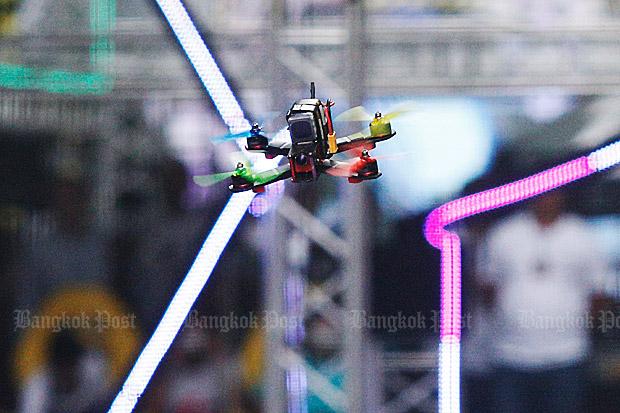 The National Broadcasting and Telecommunications Commission has ordered that all drones must be registered before they can take off again. (Bangkok Post file photo)

Owners of all drones must register their devices within 90 days or face up to five years in prison and a 100,000-baht fine.

The registration period began on Wednesday. During the process, all non-registered drones must be grounded, according to the National Broadcasting and Telecommunications Commission’s (NBTC) order issued on Wednesday.

The NBTC stepped in to regulate drones as they are controlled by communication radio frequencies, a matter which comes under the jurisdiction of the agency. Previously, drone users were regulated by Transport Ministry.

Drone owners can register their devices at the Civil Aviation Authority of Thailand (CAAT) and the NBTC headquarters and its 21 provincial offices as well as police stations nationwide.

According to the order that became effective after an NBTC board meeting on Wednesday, the move is aimed at protecting the kingdom.

NBTC secretary-general Takorn Tantasith said there are about 50,000 drones in the country. They are increasingly popular for a variety of services and activities.