Drones In The News
DroneDeploy

We took a moment to chat with Kevin Spain, co-founder & general partner at Emergence Capital, about the investment and his thoughts on the commercial drone marketplace. 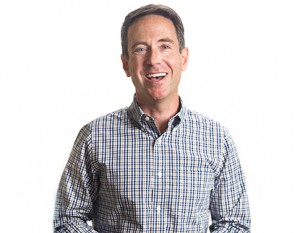 Q. A $9M investment in a company is an indicator that they are on to something. What excites you about the DroneDeploy business model?
What excites me most about DroneDeploy is the commercial potential that utilizing drones unlocks – these UAVs allow the collection of vast amounts of critical data that was previously inaccessible or prohibitively expensive across many industries. Construction, mining, real estate, and more are beginning to use drones to optimize their businesses, and DroneDeploy is the software layer that makes deploying and capturing data from the drones extremely easy and intuitive.

Q. As you look 3 – 5 years into the future where do you envision the DroneDeploy business going?
I envision DroneDeploy as an essential technology for any business that can utilize information or surveillance from an aerial perspective. As the company grows and continues to partner with leading customers and key manufacturers like their current alignment with DJI, I only see increased industry potential for DroneDeploy technology.

Q. How do you envision the drone market evolving and what excites you as an investor?
What excites me as an investor are the critical business needs that data from DroneDeploy fulfills. Fundamental improvements in agriculture, construction, mining and more can now be realized, and this is a hugely positive thing from an economic standpoint as well as an ecological standpoint. I see the drone market as complementary to the array of sensors and systems that are currently working to optimize all the complex and interconnected systems that run our world today.

(San Francisco) March 31, 2015 — DroneDeploy, a start-up that provides cloud–based software solutions for commercial drone operations, announced today that it has raised $9 million in Series A funding led by Emergence Capital, with participation from previous investors SoftTech, DataCollective and Angelpad. The investment adds to the $2 million in seed funding the company received in September 2014 and is a strong signal that backers are confident the start-up can continue its impressive growth. DroneDeploy will use the funds to adapt its software to more drone platforms, and launch products in several industries, such as agriculture, construction, mining, and real estate.

“The commercial drone industry is poised for rapid growth as we continue to see companies and regulatory bodies respond to the value that drone technology can generate,” said Kevin Spain, General Partner, Emergence Capital. “DroneDeploy’s software solutions are unique in their ease-of-use, speed with which they generate data, and ability to leverage the cloud to instantly deliver critical information to users’ smartphones and tablets.”

As part of the transaction, Kevin Spain, General Partner with Emergence Capital, will join DroneDeploy’s board, which also includes Jeff Clavier from SoftTech.

“The introduction of our mobile software is an inflection point for drone applications. Previously, commercial drones required domain expertise, and many hours to process data. DroneDeploy recognizes that for drones to be truly useful for commercial applications they need to be easy-to-use tools, that quickly deliver value,” said company co-founder and CEO, Mike Winn.  “DroneDeploy has the first push-button solution for industry, and the only solution that can deliver maps while the drone is still in flight. Our users are farmers, contractors and mining companies that are leveraging DroneDeploy solutions for their combination of speed-to-data, accessibility and affordability previously impossible”.

Founded in 2012 DroneDeploy is a San Francisco-based start-up that provides cloud control software solutions for drones that include automated flight safety checks, workflows, real-time mapping and data processing. The company has partnered with leading drone manufacturers, including DJI, 3D Robotics and AgEagle, to provide its software to end users in a variety of industries, including agriculture, real estate, mining, construction and many other commercial and consumer arenas.  DroneDeploy raises 9 million as part of it’s first round of funding.

Emergence Capital (@emergencecap), based in San Mateo, Calif., is the leading venture capital firm focused on early and growth-stage enterprise cloud companies. Its mission is to invest in the cloud visionaries who are building the most important business applications. The firm’s investments include companies such as Salesforce.com (CRM), SuccessFactors (SFSF), acquired by (SAP), Veeva Systems (VEEV), Yammer (acquired by Microsoft), and Box (BOX). More information on Emergence Capital can be found at http://www.emcap.com.

Read more about DroneDeploy’s series A round of funding.