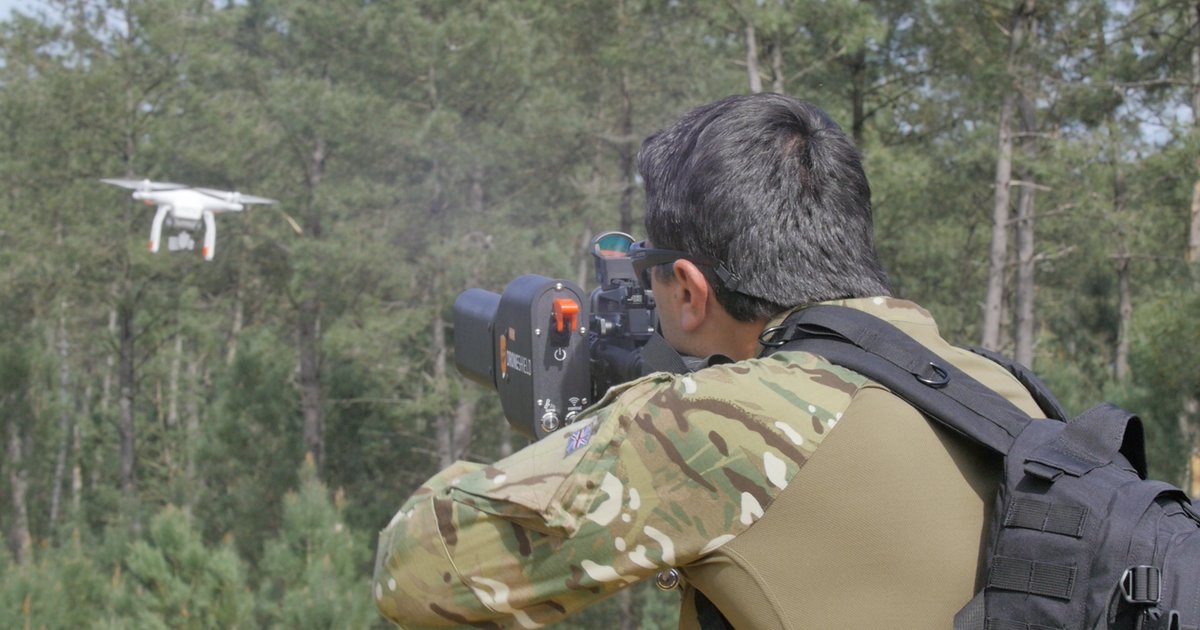 The DroneCannon is an array of signal-jamming devices that builds upon the company’s existing point-and-shoot technology, the DroneGun. Appearing like some kind of space-age energy weapon, the DroneGun has a range of 2 kilometers, according to the company. The DroneCannon basically clusters several DroneGun units together, then patches them into the DroneSentinel detection system.

“DroneSentry has the same configurations available as DroneSentinel but adds the jamming capabilities,” said company sales representative James White. “The DroneCannon can be automated or can be configured to fire manually. But it does not traverse like a turret would. Rather, a set number of DroneCannons are used based on how much coverage is needed.”

Each DroneCannon covers a 90-degree area, so four DroneCannons cover 360 degrees, White said. Specifics on how the technology works are under wraps, but essentially the device jams all incoming and outgoing radio frequency signals, including GPS and video feeds.

“Once the drone loses signal it will revert to its programming and perform whatever the protocol for that drone is,” White said. “If it is just the radio frequency signal that is jammed then most of the time the drone will return to where it was launched. If the GPS signal is jammed then most drones will land on the spot in a controlled manner.”