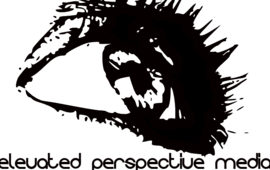 Q. Elevated Perspective Media filed its Section 333 exemption on September 25th of 2014, did the approval process go forward as you expected?

The approval process went exactly as I thought it would. I found someone at the FAA to talk to and he was really helpful, he went over the entire process and gave us tips on how to proceed. Each step of the way if I had questions, the FAA helped us out. Luckily, there were the 7 original companies that had gotten their exemption already, I was able to use regulations.gov website as a reference guide. The FAA also takes the request for exemptions, reads it and then will come back to you and ask for clarification or additional information if needed.

Q. Would you have any recommendations to others who are just beginning the exemption process?

The obvious goal of the FAA is for everyone to fly safely. When describing your flying procedures, checklists and maintenance operations, never leave a stone unturned if they are safety related. We developed a flight procedural manual and flight checklist that we go through every time we fly. Describing your procedural operations, if they are sound, is a key aspect of the exemption process. My feeling is that the more information you can supply to show that you are a safe, experienced pilot the better off you are.

Q. Do you have any advice for the FAA around the process?

In the future I imagine there will be a certification process to fly drones commercially, there will need to be a regional drone operations center where you will not only have to prove you can fly but it could also act as an informational resource for all drone enthusiasts, ensuring we all fly safely. The commercial drone pilot will be an experienced and, in general, fly safely. The hobbyist will be more of a danger to the public due to their large numbers and lack of experience.
I imagine the FAA is undermanned at this point in the exemption process, adding to their staff might be a good idea. I realize this is easier said than done.
Q. In your opinion, is the FAA looking for the proper requirements to fly UAS / drones?

Yes, with the only exception being the need for a pilot’s license to fly drones commercially. It seems a better restrictor would be to have potentially drone pilots submit a data flight log. Basically, have the flight control system record the amount of time that a pilot has flown and how he/she has flown. There is an enormous amount of data that the flight controllers produce; the difficulty for the FAA is to wrangle the data in some kind of useful way to eliminate unsafe pilots.

Once the Drone pilot certification process is in place then a flight skill test will be in order.

Q. Do you believe the FAA is fully familiar with the UAS / drones that are being used to shoot aerial video?

The FAA has, without doubt, done there due diligence in regards to what drones can do. In everything that I have read the level of detail is prolific. Whatever inactions drone enthusiasts complain about regarding the FAA has nothing to do with what they know rather what they don’t allow. The FAA is also covering themselves, they are fully aware of the great future that drones have from fueling the economy to saving lives and everything in between. If the FAA had let commercial operators fly without restrictions and a number of accidents or fatalities occurred, then the public and our government would have held the FAA responsible.

Q. The Elevated Perspective Media exemption paperwork notes that: “The exemption would allow the petitioner to operate an unmanned aircraft system (UAS) to conduct aerial cinematography and filming on closed sets.” How does this impact your business?

There are so many opportunities for drones in the public space. We want to grow our business in avenues other than filming from aerial mapping to life saving operations, however, we are limited by the mandate from the. There are many drone companies out there waiting for certification process and guidelines to be an industry standard, ready to expand the minute that happens-we are one of them.

As for the immediate impact we are focusing on aerial cinematography and education. We are taking a wait and see approach on other areas.
Q. How did you determine that the use of drones would make sense for your business?

Our base business model is to produce high quality aerial filming using drones…to get the shot that nobody else can get. To get the elusive shot we had to use drones. I was watching a TV show the other night and there was a run of the mill wide angle shot, that you could of filmed from a truck or a dolly or even hand held, but off in the corner of the screen I saw the shadow of a drone. Drones will start replacing a lot of the standard filming equipment that is so costly.

Elevated Perspective Media has the ability to fly any camera from a red to an arri; we are providing high quality video at a reasonable price.

Q. How many drone pilots do you envision hiring in 2015?

That all depends on the standard the FAA will use for drone pilots. Hiring a drone pilot who has a pilot’s license whose actually knows how to fly a drone will be difficult. The Venn diagram has little intersection.