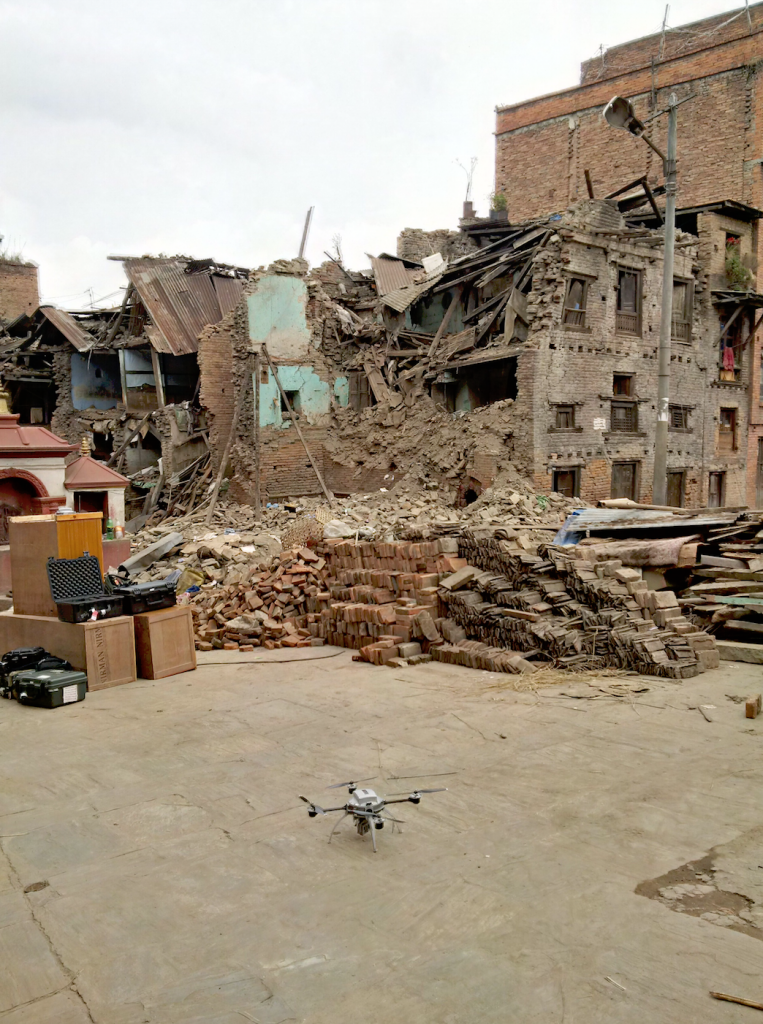 When The Visual Arts Group received their Section 333 exemption to conduct “Research on UAS safety protocols and to develop an enhanced platform for first responder use” we felt it would be a good opportunity to understand their thinking on the use of drones in first response.

All I can say is WOW. Here are the questions I would love to have you answer for the interview. Note that the initial question is redundant with what you have already shared but it is for our readers so I will either leverage what you sent in the prior response or you can do so.

Q. Howell, could you tell us about your background with UAVs and first response issues?

My first experience with UAVs was remote controlled model airplanes during my formative years. In addition, my dad was a stunt pilot and I acquired my pilots license at age 18. Though I must admit, until last year, I had not actively operated a UAV in quite a long time. Last year I was watching video being edited and most of it had been recorded with a UAV. I was amazed and became excited at the thought of being able to operate a camera in 3 dimensional space… cheaply and quickly. I had to have one.

In terms of first response applications, being a 30 year veteran of the film and TV business based out of Atlanta, I have provided several high profile security firms with video production services. As a result, I have gained a lot of insight into the challenges of providing surveillance.

The use of UAVs in first response presents a real challenge. As we all know, there are never enough security cameras when trying to monitor or analyze a crisis event. Especially in situations where minutes count. We’ve seen the UAV flyovers of recent earthquakes in Nepal and floods in Texas, but providing first response services in time critical situations is a huge challenge. Therefore, I’ll take a crack at a simulated scenario and how a UAV could play a very valuable role.

Remember the recent news stories of live anthrax being accidently shipped by Fed-X to several locations located all around the US? Ok, so how would first responders react if the Fed-X truck hauling the live anthrax was slammed into by a semi, spilling its contents all over a congested rush hour interstate highway. Assuming the police, fire, etc are warned of the anthrax hazard. Without putting first responders in danger, how could they evaluate the situation on scene? How many biohazard suits (suitable for handling anthrax) are readily available? Sending a courier to the CDC to pick up some would take hours (and that’s in Atlanta where the CDC is located).

If a capable UAV could depart from a designated ground station located within 10 miles of the accident location, fly to that location, hover in place for up to two hours streaming live video (including FLIR and night vision images ) back to fire and rescue, the Hazmat teams could evaluate the crisis and provide the appropriate in-person first response. The UAV could possibly fly in close enough to inspect the cargo and maybe determine if the anthrax vials have been ruptured. The crisis assessment tool the UAV would provide is immeasurable.

Q. How would this work?

To begin, a new type of UAV would need to be developed specifically for first response. Battery powered Quad, Hex and Octo copters have very limited flight time, 30 min max. Fixed wing multifuel UAV’s have to keep moving and cannot fly in close. They can only circle from a higher altitude. Smoke and other obstacles may render fixed wing UAV’s useless.

Our solution. Our team is designing and developing a prototype UAV that will have the range and ability to hover on station for extended periods. It will be capable of delivering live video images, sensor data, and a payload of emergency equipment.

Once the UAV is operational, it can be deployed from strategic locations located throughout a geographical area. Utilizing fire stations and police precincts is a good example of available strategic locations. From these ground station locations, a UAV can be in the air in under 5 min racing to the emergency scene at 75 MPH without obstructions or traffic to deal with. Electronic fencing will assure the UAV stays clear of “off limit airspace areas”. It’s capable of flying in the rain, day or night and cloudy periods with low ceilings. Excessive high winds would be the primary hindrance to it’s safe operation. The operator enters the GPS coordinates and hits “Go”. The UAV will arrive on scene and await further instructions. Once it’s time to recall, the UAV will return to its original take off point or be redirected to land anywhere the operator designates.

UAV’s have already been used to deliver life jackets to offshore vessels and swimmers in distress.

Q. Are there technology, or regulatory concerns, that you have that need to be addressed to make drones a more effective tool for first response?

Q. There have been some amazing examples of drones being used in recent disaster situations. Which ones struck you most powerfully as great use cases and which ones, if any, leave you concerned about misuse of drones?

As for the misuse of drones, there are those that will. Will terrorists load a bomb on one and cause havoc? Most likely one day someone will. Conventional aircraft have been dropping bombs ever since they were invented but they’re still used for our benefit.

Q. In terms of first response, how do ou feel about the maximum takeoff weight allotment of 55 pounds?

I think it’s about 25 pounds too low. Especially if the UAV will be delivering supplies and emergency equipment. The FAA should consider this situation and if waivers should be granted for this first response scenario.