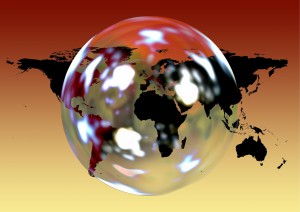 Our Contributors Our Interviews
geralt / Pixabay

As you know, we recently shared market research from Flyver that demonstrated the US Leads in drone sales but is falling behind in commercialization.  On that same day we shared the US Department of Justice’s Inspector General report on drone usage in the Department of Justice which further emphasized this same point.

At The Drone Info we feel that global regulatory improvements are needed on commercial drone use must be a priority at regional, national, and local levels.  It is time.

Along these lines, and as a follow-up to these reports, we asked Flyver CEO Anton Gavrailov a few follow-up questions.  Here are the responses from the Flyver team.

Q. Should the EU create it’s own regulations and laws for drone/uav usage as opposed to waiting for each country to do it? 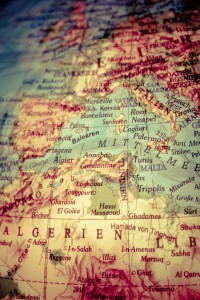 Yes! A unified framework for the countries in the EU would be the best thing right now. Currently, there is a lot of confusion about the specific laws in every country and so an enthusiast who changes his country of residence or wants to do a demonstration in another country has to go through hours of research, often times not even in his native language in order to discover whether he may or may not do what he has planned. Moreover, a unified set of regulations would be produced by the finest legal minds in the EU, guaranteeing that it will both have safety in mind and also not harm the commercial drone industry. If we wait for each country to create its own set of regulations one of several things could happen.

We could have wild variations of what is and isn’t permitted, making international cooperation practically impossible.  A single country could pass its own laws and then the others would follow with some version of the same laws, virtually creating a rather unified framework. The problem here is that the time it would take for these laws to get passed in every country will be much greater than if an individual unified set of regulations is passed for the whole EU.

Q. Should the United Nations, for all of it’s imperfections, be a governing body that begins to create a global framework for their usage?

We don’t think it’s a good idea to let the UN govern the international use of drones, as there are far too many interests involved in the organisation and no unified set of rules could cover every country. The best thing the UN could do is work to create a set of guidelines for countries to look at when creating their drone/uav laws. When these guidelines are not binding, no interests will be at play, meaning that they will be created in the best and most unbiased way possible, with the sole intention of creating good legislation for UAVs all over the world.

Q. If you were in charge of the FAA, what changes would you make to enable more rapid commercial usage?

Obviously, the first thing would be to lift the complete ban on commercial drone usage.The current system with exemptions for companies with huge lobbies and large public presence is not setting a good example. A system needs to be set up to approve of commercial usage. A certain fee would be paid in order to take a course and become a certified commercial pilot. From then on, all services would have to be performed by such certified pilots.

Additionally, we believe it would be a good idea if all commercial drone undertakings go through some process of approval first and then be kept track of, so that it’s always clear where each drone is flying at what time. Current flight safety protocols about direct visual contact should remain intact. Such actions would allow for the development of the commercial drone industry along with the maintenance of a good level of safety.

Q. The UK and Canada are leading the charge, what legal changes are you hoping to see in those countries to further speed up commercial adoption?

As with everywhere else, there needs to be licensing and tracking of commercial activities going on. If only licensed pilots fly drones and there is a list of everyone flying a drone commercially, there will be much less risk and people will fly responsibly, knowing that they can be held accountable for their actions.