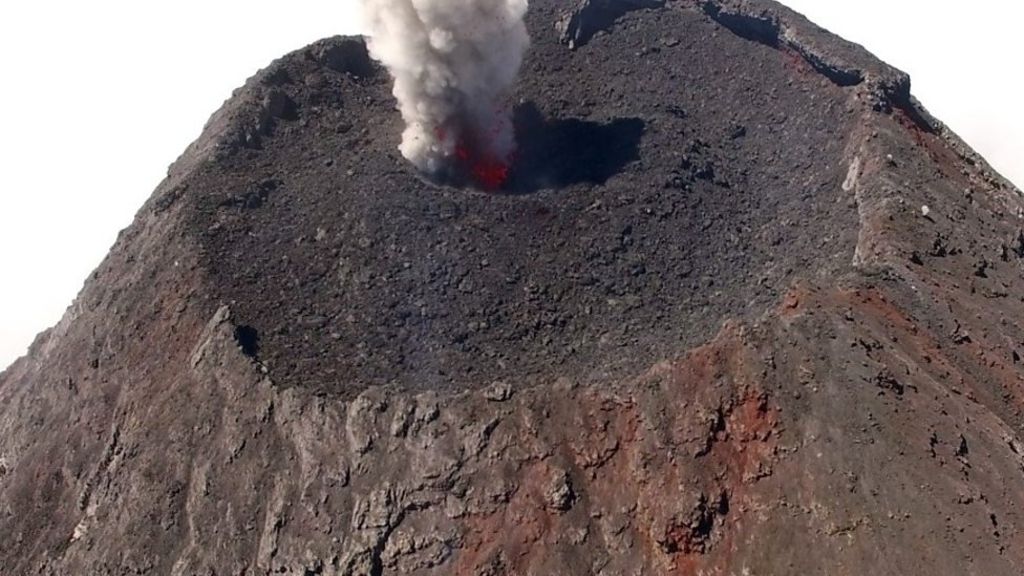 Violent volcanic eruptions in Guatemala have been captured by drones for the first time.
A team of scientists from the Universities of Bristol and Cambridge flew the unmanned vehicles 3,700m (12139ft) over the Volcan de Fuego, which erupts every three to four weeks.
The plumes of ash and gas expelled into the atmosphere threaten the lives of 60,000 people living in the region.