DroneDeploy is a disruptive technology. Literally anyone can now crop scout with a drone, and get actionable data in minutes.

Gretchen West is the Vice President of Business Development and Regulatory Affairs at DroneDeploy. We reached out to hear her thoughts on the drone industry.

Q.  I know you are the Vice President of Business Development and Regulatory Affairs at DroneDeploy, could you share with our readers a bit about your job? 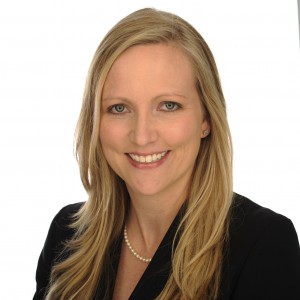 DroneDeploy is a San Francisco-based start up that provides a software solution for real-time mapping and data processing for drones.  I’ve been brought on to manage our Business Development and Regulatory Affairs efforts. Specifically, as a start up, we are looking to strategize and expand our product into new markets so my role includes identifying those potential markets and bringing our product directly to the end users so they can immediately start increasing their business efficiencies. We plan to help

From a regulatory perspective, I’ve spent many years in the regulatory environment tracking how countries around the world are commercially flying drones and technology has always seemed to be one of the stumbling blocks to progress. Our software is capable of allowing automated drone flight while performing multiple safety checks in a controlled environment amongst other features.  These potential technology capabilities could serve as a solution and influence many of the existing regulatory challenges.  So my role at DroneDeploy is to make sure we understand global regulations, but also ensure our end users and customers have an awareness of the regulatory environment as well. We also are taking an active role in the lobbying efforts to insure the rules that govern our industry are favorable to commercial growth and use.

Q. Which countries are more drone-friendly?

For the most part, the more “user-friendly” countries are the UK, France, Germany, Canada, Australia, Japan.  Even India who recently banned drones, is coming around and will be releasing new user-friendly rules in the next couple of months.

Q.  How did you get started in this space?

The world of unmanned systems was new to me over 10 years ago when I first entered this space.  Due to my extensive non-profit management background, I was brought on to work with the Association for Unmanned Vehicle Systems International (AUVSI) which is the leading trade association representing the unmanned systems market globally. And like almost everyone else I have met in this industry, I immediately realized the potential for this amazing technology and have committed to helping it grow.

Q.  In your opinion, what are the best commercial uses for drone technology commercially?

There are literally hundreds of potential commercial uses for drones, however in light of the shaky regulatory environment, many of these applications will not be allowed for some time to come.  I believe the applications with the most near-term potential are using drones for precision agriculture to assess and diagnose crop health or detect field variations.  Using drones for construction or mining to analyze site progress and eliminate inconsistencies is another near-term use.  And other applications that involve surveying or inspection of buildings, structures, powerlines (utilities), flare stacks (oil and gas), bridges and more have near-term potential as long as they are not in heavily populated areas or near airports.

Q.  How do you see drone technology evolving over the course of the next 5-10 years?

Much of the future of the commercial drone industry in the United States rests in the hands of the FAA.  Based on the rapid advancement of drone software and the robustness of much of the hardware on the market, drones could easily be integrated now to perform many of the functions needed in many commercial markets and would immediately prove their value. However the slow process to receive FAA approval to fly commercially hinders this growth.  Were the FAA to take a more risk-based approach with their regulations, we’d see many of these commercial industries thrive, but we continue to wait on final rules for operation.  And in the meantime, many US companies are moving to countries with more flexible regulatory rules and procedures. Once the FAA does implement similarly flexible rules to allow for operation, we will see many commercial industries implementing drones – from precision agriculture to real estate photography to package delivery.

Q.  Are you a drone hobbyist?

Officially I’m not a hobbyist in that I’m not a registered member of the AMA.  But do I own my own drone and go “fun flying” with my family and friends?  Of course!

Q.  What questions should I have asked you about that you’d like to share your thoughts on?

Outside of the regulatory environment, there are other challenges we, as an industry, must face to realize the potential of the commercial drone industry. Public perception of our industry is shifting in a more positive way based on the proliferation of small drones, used more and more as toys, but also for commercial purposes.  However there are still many that do not understand our industry and are concerned about issues such as privacy.  Privacy is an important topic to discuss, but in the right context.  Drones, manned aircraft, smartphones all collect data and information on citizens.  So the discussion should not be focused around the device that collects data but on how that data is used and stored.  Luckily pictures of small drones are more mainstream in the media but until recently many news stories showed pictures of large weaponized military systems (like the picture your site uses) and call them commercial drones which skews public image of our industry.  What we are using and working with commercially are small multi-rotor and fixed wing systems that have a very limited endurance. Beyond regulations, we need to make sure the general public is aware of the benefits of drone technology, understands the positive use cases and generally understands the technology we are flying and cultivating today.