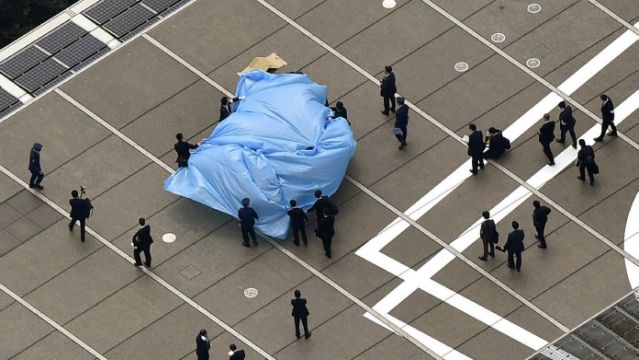 We have written about Japanese drone regulations banning the flying of drones in public parks.  Following a UAV landing on the PMs Offices, Japan has become much stricter on its regulations and there appears to be no change to this stance ahead.  Even with Japanese companies focusing on security solutions (e.g. Secom) it appears that Japan is heading towards a no-fly-zone mentality.

AsiaOne is reporting that roughly half of local governments have bans, or are considering bans, on flights of unmanned aircraft in any location that attracts crowds.  The article reports on a couple of examples:

“The Tottori prefectural government revised its local ordinance in March to “protect the Tottori Sand Dunes as the nation’s largest sand dune area.” The ordinance was revised to prohibit the operation of remote-control helicopters and other flying objects to protect the natural environment of the dunes as well as visiting tourists. Prompted by the drone incident at the Prime Minister’s Office, the prefectural government has also decided to seek a ban on drones.

Following completion of large-scale repair work at Himeji Castle in Himeji, Hyogo Prefecture, there has been a spike in drones being used to shoot footage. The Himeji city government regards flying drones over the castle as “acts that obstruct the preservation of the castle” based on a city ordinance to manage the castle, and has called for restraint on drone flights.”

Japanese drone regulations are something all of us should be concerned with as they demonstrate how frail the trust of governments, and its citizens, are with regards to this technology.  Fears of terrorism and loss of privacy have people feeling paranoid.  We in the UAV industry must recognize these concerns and support technologies and regulations that mitigate them.  Positive business use cases abound and we must do all in our power to ensure that businesses are able to take full advantage of the new possibilities.

We will continue to keep you up to date on changes to Japanese drone regulations.  Please let us know if you are aware of a story that we should cover, or a business or government agency we can follow up with in terms of this issue.