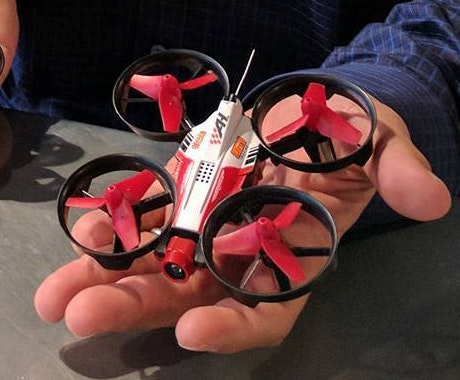 At first glance, a micro drone doesn’t look substantial. It’s small and can fit in the palm of your hand. Its rotors look like four tiny wheels. But don’t underestimate it — these micro drones are going to be the future of drone racing and become the new racecars.

These miniature mean machines can accelerate from 0 to 20 mph in two seconds, and unlike regular racing drones, you don’t need a pilot’s license to fly them. That’s why Brad Foxhoven, founder and CEO of drone racing organization DR1 Racing, wants to create a racing platform for micro drones to make the sport more accessible to the public.

DR1 Racing is starting the DR1 Micro Series, the largest micro drone race in the world, which DR1 will start filming this month. The series will debut on TV later this year.

Source: Micro-Drone Racing is Taking Off