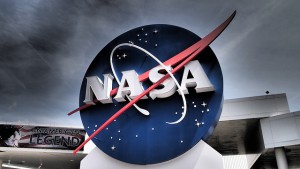 “In light of the US Federal Aviation Administration’s recent ruling that drone operators must make sure that their aircraft remain in their line of sight at all times, NASA and several other groups are working on an drone air traffic control system for unmanned aerial vehicles (UAVs).

Droning on and on…

According to Gizmodo, one of the aerospace companies working with NASA, Exelis, plans to unveil its solution to the problem later on this month. Under their system, remote drones could be worked into the FAA’s existing radar surveillance program, and their plan would take advantage of existing mobile towers and the company’s own relay stations, the website added.

The Exelis system is known as the Symphony RangeVue, and it would reportedly transmit FAA data and drone-tracking information into a mobile app, thus allowing UAV operators to see what aircraft were in the vicinity of their vehicles at any given time. While the system does not meet existing line-of-sight regulations, the company hopes that it can convince the FAA to ease those restrictions by demonstrating that it could solve traffic-related issues.”
Read more.