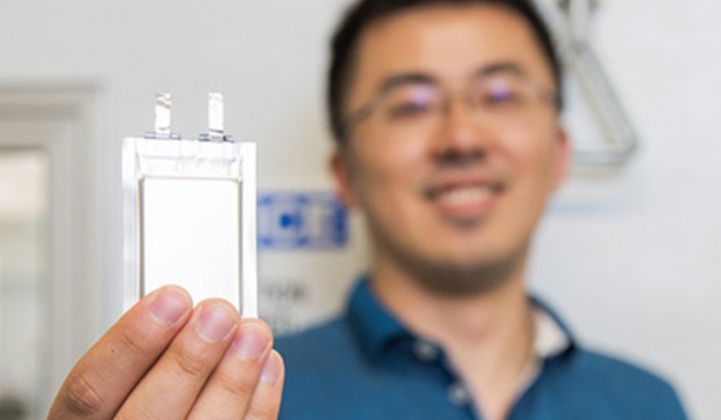 A Massachusetts-based startup says it’s doing something that no other company has been able: sell lithium-metal batteries commercially.

And they’re appearing first in drones.

For drone makers, that means a drone that could fly further and longer on a single charge. For example, a drone surveying acres of crop land could fly for an hour instead of just 20 minutes with a standard battery.

The company’s battery can “double the radius” that a drone can fly, and “quadruple the area covered,” said SolidEnergy Systems CEO and founder Qichao Hu, who developed the technology at MIT in the lab of battery researcher Don Sadoway.

Hu said the company is now selling batteries in low volumes to drone makers and companies that are looking to bring wireless internet to rural places.

SolidEnergy Systems just closed on a funding round of $34 million. While the startup didn’t disclose its investors in the Series C round, existing investors include Temasek, Applied Ventures, General Motors and Vertex Ventures China.

The company, founded in 2012, has raised $50 million to date. That’s not a lot of capital to get a battery from the lab into a factory. The new funding will be spent on improving the battery tech and expanding manufacturing.