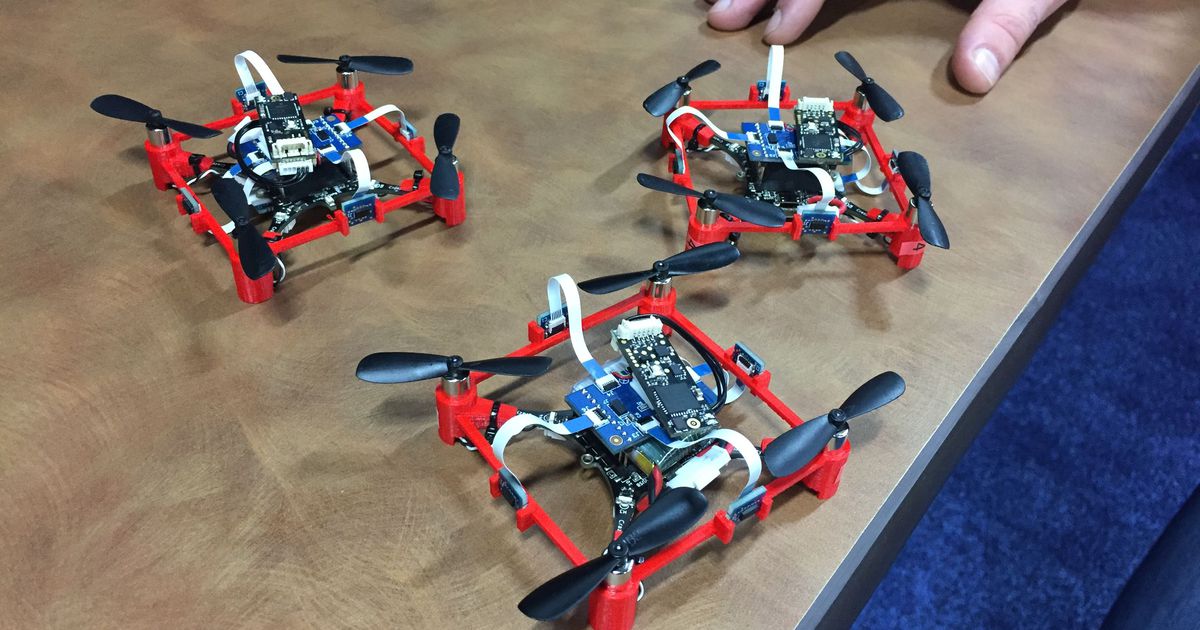 Flying a drone is fun, but, and let’s be real, it’s a whole lot less fun when you keep crashing it into things. Those days could soon be behind us, however, if Leti has its way.

The research institute wing of CEA is set to debut its latest anti-crash tech at CES this year, and had a few units on hand Sunday evening for curious would-be flyboys and flygirls to check out.

Built onto a mass-market drone body, the prototypes may not look like much at first glance. But it’s the underlying tech that is sure to turn heads. Equipped with an “obstacle-avoidance algorithm,” the drones are capable of maneuvering and responding to a changing environment — all without any human input.

No more wrecks into people’s heads, in other words.

“360Fusion is a flexible solution that is compatible with all types of sensors and that can leverage data from the best of them,” explained Marie-Sophie Masselot, Leti’s industrial partnership manager, in a press release. “Fitted on a low-cost microcontroller, this technology can be embedded in drones to detect any dynamic obstacle and guide the drone away from a collision.”

Oh, and we haven’t even mentioned the best (and possibly scariest) part: The drones can swarm.

That’s right, multiple drones equipped with this algorithm can allegedly fly and work around each other without any unintended bumps. A Leti representative told Mashable that he had personally tested this out with two of them.

And sure, a class of drones (like the DJI Phantom 4 Pro) have been able to avoid fixed objects for some time now. What Leti is offering is supposedly a better version of this, and at a significantly lower cost. Like, a tenth of the cost of what’s on the market now, if Leti is to be believed.

Source: This new drone tech could turn us all into flying pros