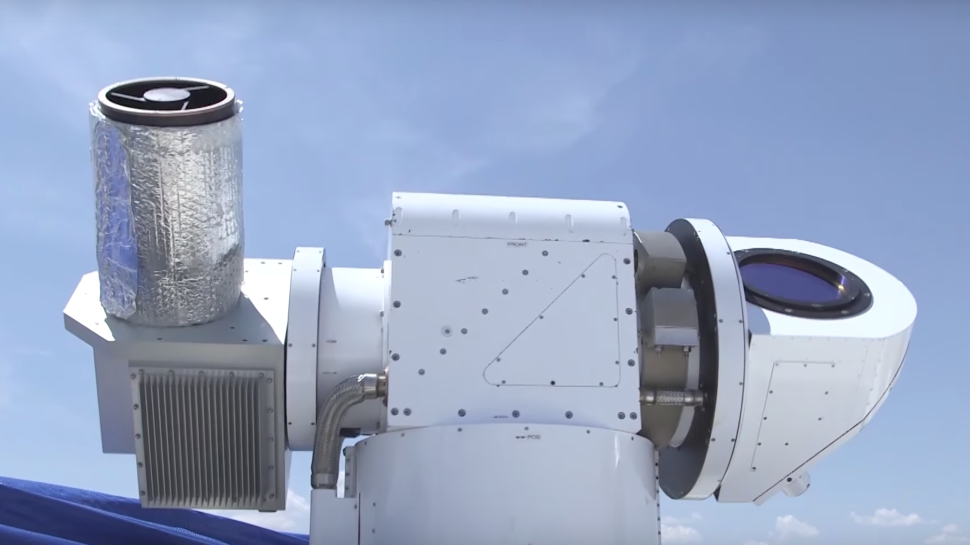 Think of futuristic or sci-fi warfare and chances are a half-dozen movies featuring laser weapons come to mind. There’s something about bullets that just screams, so last century, right? American defense and aerospace company Lockheed Martin certainly thinks that’s the case, and they’re investing in a new laser defense system dubbed ATHENA or Advanced Test High Energy Asset to prove it. It uses nothing more than a good ol’ high-energy light beam to take down its targets, and in the clip below those targets are ten large unmanned drones.

ATHENA’s latest (literal) laser light show, which comes via Gizmodo, happened in August at the White Sands Missile Range in New Mexico. The tests, which were conducted in conjunction with the U.S. Army’s Space and Missile Defense Command, aimed to demonstrate the effective use of ATHENA against airborne targets in flight. And according to ten brand new heaps of scrap metal somewhere in the New Mexico desert, it was apparently mission accomplished.

“As we mature the technology behind laser weapon systems, we’re making the entire system more effective and moving closer to a laser weapon that will provide greater protection to our warfighters by taking on more sophisticated threats from a longer range,” Lockheed wrote in a press release associated with the laser test. It seems that they’re focusing on this kind of technology not only because it sounds cool, but also because it allows for the laser’s user to remain hidden while attacking. Lockheed also notes that with a laser there’s effectively an unlimited supply of ammo, noting that the system essentially has “unlimited bullets.” Dr. Evil would certainly approve.