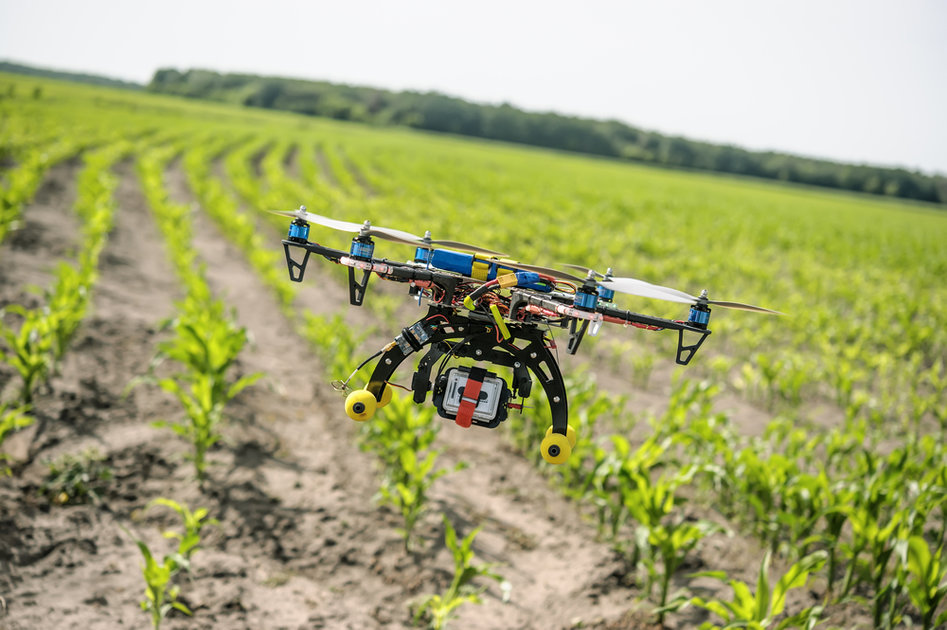 (TNS) — Paul and Deborah Bach first bought a drone because they wanted to keep an eye on the construction of a pipeline in three parts of their farmland outside Elmore, Ohio.

And while that quickly helped the Bachs identify several areas where construction activity had damaged their field tile, they soon learned of other tasks for which aerial video is useful.

In particular, Mr. Bach has been using his drone to identify parts of his fields with insect damage, “and you can really identify poor stands [of field crops], or if weeds are a problem,” he said.

Farmers are among the fastest to adopt drones to their businesses, but there is an abundance of other uses in both the private and public sectors, said Bruce Chambers, owner of the Drone Store in Fremont, which provides sales, service, and training for the devices known officially by the Federal Aviation Administration as small unmanned aircraft systems.

The Blade is among them, having arranged recently for this reporter to become trained and licensed for commercial drone flight — an FAA requirement for journalists and other types of private business.

Another popular use: real estate. Having an aerial view of a for-sale property has become almost de rigeur for listings, especially at the higher ends of the market.

Mr. Bach now is considering equipping his drone with an infrared camera, which can be used to assess overall plant health in his fields.

“The more you use it, the more you can find different uses” for drones, he said.

Virtually the same words were spoken by Toledo police Lt. Richard Hoover, who as commander of the city department’s special operations division oversees its drone operations, which he said go far beyond the occasional desire to track a fleeing crime suspect.

The police department’s most frequent…