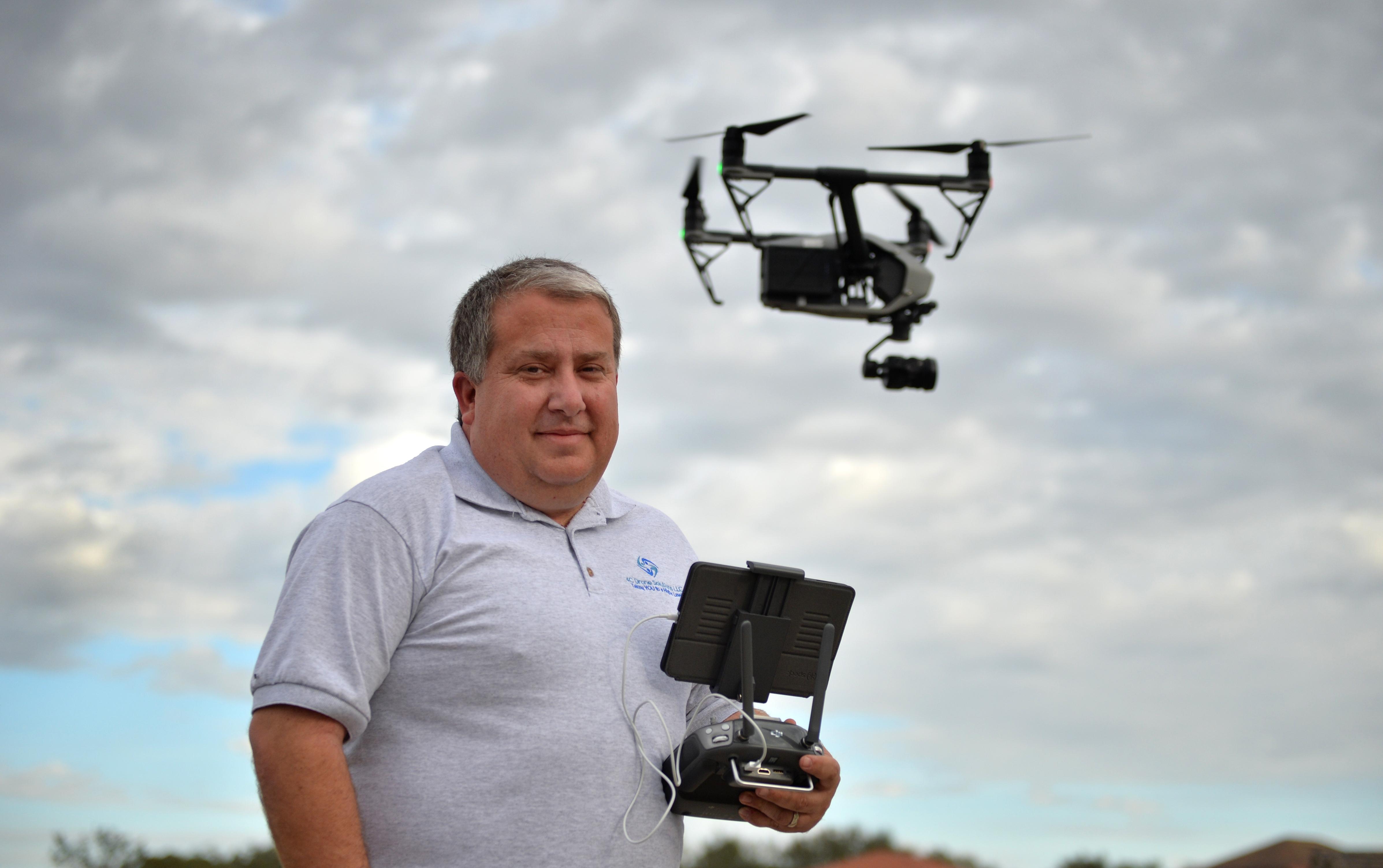 SARASOTA — Two Sarasota men have jumped into the world of commercial drones, knowing that federal regulations still stand between them and many job opportunities.

But Chad Cox and C.J. Carlock, the co-founders of 4C Drone Solutions LLC, aren’t your typical hobbyists with dreams of making a living with the radio-controlled helicopters.

They both have a lot of flight experience as professional pilots of luxury private jets carrying celebrities, professional athletes and wealthy business people around the world. Cox and Carlock fly out of Sarasota for NetJets, a Columbus, Ohio-based company owned by famed investor Warren Buffet that offers factional ownership of the aircraft.

Cox was introduced to drones after he gave one for Christmas to his son, Riley, 19, in 2015 and watched him fly the unmanned aircraft outside their home in Lakewood Ranch. He began to research the possibility of a drone business with longtime friend Carlock.

They discussed becoming partners in a business using drones to do surveying, 3D imaging and inspections of agricultural fields and other properties and structures. The possibilities include far more than pretty aerial video and still photography for real estate brochures and websites.

Cox, a former flight instructor and American Eagle airline pilot, said it took him about 15 hours to become proficient flying drones. Carlock said he was more meticulous and it took him 10 times longer. They were both helped by Riley Cox, who they said had become an expert.

Although commercial drone pilots do not have to have licenses to fly actual aircraft — something considered in early proposed regulations — the experience helps their work with drones, the men say.

The way safety is ingrained in their work, their intimate knowledge of weather and their experience navigating restricted airspace are all benefits of their pilot experience, Carlock said.