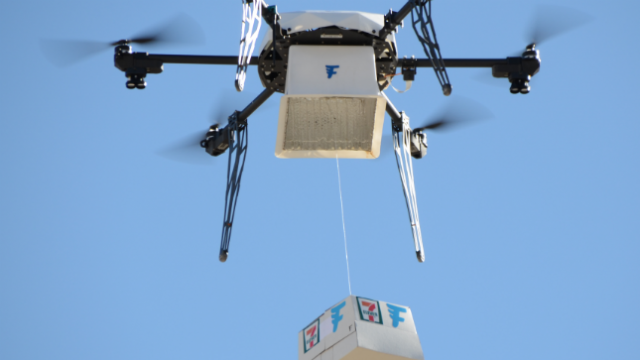 When a Maine fire chief used his hobby drone to drop a life vest to two boys trapped by raging waters he not only saved two young lives, he demonstrated the positive potential of unmanned aircraft systems (UAS).

UAS technology, or Drones, has evolved much the same as computers, which went from room-sized machines operated by NASA to laptops and then smart phones carried around in our pockets. Not long ago, only the military flew drones—in combat zones. Today, Americans are flying many types of hobby drones and companies are increasingly using them, as well. Just as democratization of technology led to new programs, uses, and “apps” for computers, it is leading to creative new uses and innovation for drones.

This became abundantly clear in the aftermath of the hurricanes that devastated Texas, Florida, Puerto Rico and the U.S. Virgin Islands. The Federal Aviation Administration (FAA) worked overtime to process more than 300 authorizations for drone use in the search, rescue, and recovery efforts in the aftermath of the storms. “Drone crews” were deployed by communications and utility companies to rapidly and safely assess damage to cell phone towers, power transmission lines, pipelines, roads, and railways. Insurance adjusters discovered that drones allow for more efficient and safe property inspections, especially in flooded areas. Drones let them check roofs without climbing ladders, and make surveys faster and less expensive.

Drones using thermal imagers are invaluable for search and rescue. They can detect humans in total darkness, and can see through fog, smoke, and haze. Teams fighting wildfires can also use this technology to locate hidden hotspots that might burst into flame later. This flexibility helps explain why more than 300 first responder teams throughout the United States have purchased drones. In fact, a community college in Illinois has started offering a course for first responders interested in starting drone programs.