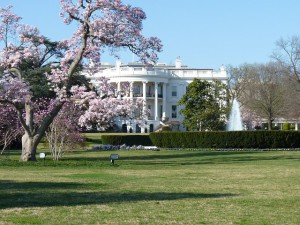 Originally published by the AP.

WASHINGTON (AP) — The Secret Service is conducting middle-of-the-night drone flights near the White House in secret tests to devise a defense against the unmanned aircraft, The Associated Press has learned.

The government-controlled drones will be flown between 1 a.m. and 4 a.m. during the next several weeks over parts of Washington —airspace that’s usually off limits as a no-fly zone, according to a U.S. official briefed on the plans.

The official said the Secret Service is testing drones both for its own use in law enforcement and protection, and to identify how to defend against hostile drones. The official spoke on condition of anonymity because this person was not authorized to publicly discuss the plans. The Secret Service has said details are classified.

Among the tests is the use of signal-jamming technology to thwart control of a remotely piloted aircraft, the official said.

Researchers at the Homeland Security Department, which oversees the Secret Service, have been testing methods to combat drones at remote sites. But testing in a real-world environment around the White House will help understanding of how radio waves are affected by buildings, monuments and even tall trees.

The challenge for the Secret Service is how to quickly detect a rogue drone flying near the White House or another location where the president is, then within moments either hacking its guidance mechanism to seize control, or jamming its signal to send it off course or make it crash.

The Secret Service has said only that it will openly test drones over Washington, but it has declined to provide details such as when it will fly, how many drones, over what parts of the city, for how long and for what purposes. It decided to tell the public in advance about the tests out of concern that people who saw the drones might be alarmed, particularly in the wake of the drones spotted recently over Paris at night. Flying overnight also diminishes the chances that radio jamming would accidentally affect nearby businesses, drivers, pedestrians and tourists.

It is illegal under the U.S. Communications Act to sell or use signal jammers except for narrow purposes by government agencies.

Depending on a drone’s manufacturer and capabilities, its flight-control and video-transmission systems commonly use radio frequencies also common to popular Wi-Fi and Bluetooth technologies. Jamming by the Secret Service could disrupt nearby Internet networks or phone conversations until it’s turned off.

Signals emanating from an inbound drone — such as coming from a video stream back to its pilot — could allow the Secret Service to detect and track it.