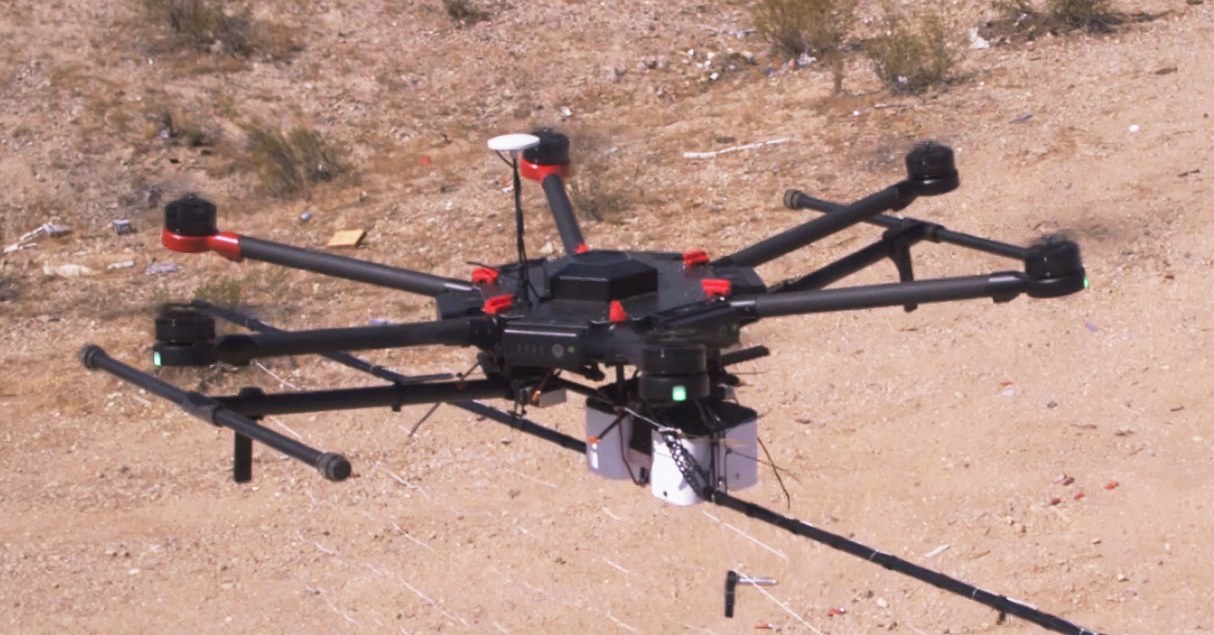 If drones could eat other drones, the SparrowHawk would sit somewhere near the top of the flying-robot foodchain.

On a baking stretch of 110-degree dust an hour west of Phoenix, the six-rotored arachnoid rises with a menacing buzz, like a swarm of several dozen hornets’ nests. Then the 14-pound, hexagonal drone lurches forward, towards its prey, a 3D Robotics quadcopter that its five-and-a-half-foot armspan dwarfs. The two drones perform a brief, mid-air dance before the SparrowHawk overtakes the quadcopter, and pulls it into a rectangular net that hangs beneath its body, tangling the smaller drone’s rotors. The SparrowHawk then lowers to the ground, the captured quadcopter still twitching in its web.

On that scorching day earlier this month, the SparrowHawk was just one of several drone defenses tested by Phoenix-based security consultancy Bishop Fox. Fran Brown, a security researcher with the group, had invited WIRED to join the group for that day of testing, the results of which he plans to present at the Black Hat conference today. The comparisons weren’t exactly scientific—think of it more as a group of grown men knocking expensive toys out of the sky. But Brown says the demos were designed to give Bishop Fox a sense of which drone-defense technologies to recommend to its customers. Those clients include multiple major film and television studios, which face drones that spy on secretive shoots. As those airborne spies spread, many customers find the sprawling array of anti-drone options–which range from lasers to falcons–a bewildering mess.

Source: Watch a Test of Anti-Drone Weapons, From Shotguns to Superdrones