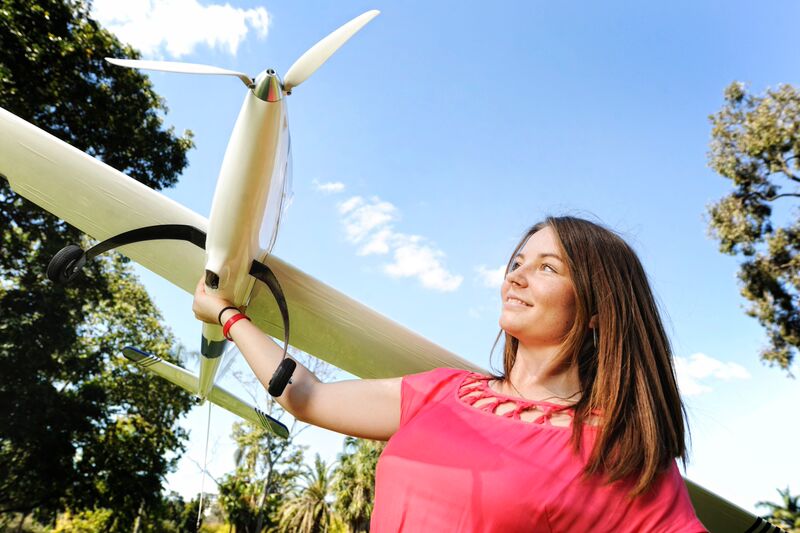 The ARCAA conducts research into all aspects of aviation automation, with a specific focus on autonomous technologies which support more efficient and safer utilisation of airspace and the development of autonomous aircraft and on-board sensor systems for a wide range of commercial applications.  Projects like this one (using UAVs to count Koala’s) intrigued us.

First, watch the video, then check out the interview below.

Q. The ARCAA Research Centre sounds like it must be a great place to work, with innovations abounding. Could you tell our readers a bit about the work taking place there?

At ARCAA we focus upon the safe integration of unmanned aircraft to fly seamlessly and routinely in the national airspace – to do this we address a number of core areas such as Enabling Technologies (such as Detect and Avoid, and Automated Emergency Landing), Airspace Integration (standards, integrated air traffic, regulatory reform), Robust Autonomy (autonomy standards, certification), and Cooperative Systems (multiple UA systems, cooperative air/terrestrial systems, human machine systems). But we’re not just focused on the theory – our Centre is very application focused and holds an UAV Operators Certificate issued by our national regulatory body CASA (like the US FAA). This UOC allows our team to routinely operate anywhere in Australia so long as we are sub-400ft AGL, >30m from population, >3nm from a towered aerodrome and within day visual line of sight. As a result, our team are able to facilitate the acquisition of data from remote sensing missions to complement broader research areas of QUT such as precision agriculture, plant bio-security assessment, environmental monitoring and wildlife conservation. We also operate a Cessna 172R, which we can operate like a surrogate UAV for rapid assessment and validation of the technologies being developed by our staff.

Q. We checked out some of the projects listed on the ARCAA project page and are amazed. Has any of this research fed into commercial projects yet?

Definitely – one of the defining characteristics of ARCAA is to pull low technology readiness level (TRL) concepts from TRL 1-3 through to TRL 4-7. By the time we’ve reached TRL 7 we will normally have already partnered with an organisationto take the technology through the final steps on the TRL scale (i.e. certification, productisation and operation). A good example of this work relates to a body of research conducted with the Cooperative Research Centre for Spatial Information and Ergon Energy – the program revolved around the precision guidance and control of aircraft over power lines for asset and vegetation encroachment management. This was achieved through the development of a Flight Assist System, which provides lateral guidance of survey aircraft along an optimised predefined route to conduct aerial survey using a LiDAR sensor mounted underneath the aircraft (GA category), leading to better and more reliable data capture, reducing pilot workload, and increasing the frequency of data capture. This technology has since been divested to Fugro Spatial Solutions. Along with other contract strategies, this solution has contributed towards vegetation management savings in the order of $40M per year for Ergon Energy – so the research is definitely having impact in a commercial sense.

Q. In the United States the FAA is working closely with businesses and universities to better understand the technology and feed this understanding into the regulations (see the Pathfinder Program for example), is the ARCAA participating in similar efforts with CASA?

Yes – although the Civil Aviation Safety Authority (CASA) doesn’t have anything as targeted as the Pathfinder Program, we are working with CASA through the UAS Standards Sub-Committee, a joint CASA/aviation community forum for the development of regulations and standards pertaining to Unmanned Aircraft Systems (UAS), including UAS operations, remote pilot licensing and unmanned aircraft certification, manufacture and maintenance. We have representatives on and chair one of the four working parties exploring the following domains:

We also have an active research project exploring the issues of UAS airspace integration, for which CASA is a research collaborator (along with Thales Australia and the Queensland State Government). In addition to this, CASA has been a long standing sponsor of the UAV Challenge, one of the largest robotics challenges and highest stakes UAV competitions in the world. An output from this long standing relationship was demonstrated in the 2014 UAV Challenge where we conducted the competition from an operational airport in non-segregated airspace – this type of practical application can only come from a deep understanding of our respective capabilities.

Q. What are the biggest challenges for UAVs today and how is the ARCAA Research Center helping to tackle these challenges?

We see there are four major issues for the ubiquitous adoption of UAVs for commercial utilisation at present:

We have had a number of collaborative research programs with major aerospace companies (such as Boeing and Thales) addressing each of these domains over the past decade, and will continue to do so into the future. Despite the widespread uptake of recreational UAV flying with consumer grade platforms, there are still a number of critical issues to address in the enabling technology space that are needed to tip the balance from an economic perspective.

Q. The ARCAA is very transparent, sharing a great deal of information, including the equipment you are using for UAV work. You note that you have: Four DJI S800 EVO; Two DJI F550 multi-rotor platforms. What made these the right ones for your needs?

The acquisition of these platforms and standardisation of fleet was driven in part by opportunity (internal University funding round), and in part by a desire to mature our operations in response to our UOC application. Analysis of potential need from our research body indicated that multi-rotor platforms would play a major part of our operations over the next 3-5 years, so it was then a matter of due diligence to survey the market and find the most appropriate platform to suit our size, weight, power and endurance requirements for the types of missions and sensors to be flown. The DJI product was mature, robust and had good reviews from operators in the industry that our Chief Pilot and Maintenance Controller respected.

Q. Does the ARCAA work with other universities in, or outside of, Australia?

Being a university research centre, the very nature of our work revolves around collaboration with other universities and national research bodies to address challenges at scale and with focus. Domestically, we have had a long standing collaborative relationship with the CSIRO (our national science agency), and have worked on projects with RMIT University, Murdoch University Cetacean Research Centre and the University of Queensland. Internationally, we are currently working with Kansas State University on a plant biosecurity project, and have worked with groups such as ETH Zurich (Switzerland), DLR (Germany), CNRS (France), Universitat Stuttgart (Germany), Politechnico di Torino (Italy), and Universidad Politecnica de Madrid (Spain). In late August this year we’ll host a group of students from the University of Washington to do a four week research experience with us – this is the fourth year that we’ve hosted the students to participate in this engagement activity. But our longest relationship has been with Telecom Bretagne (France) where we’ve now had eight iterations of students working on projects with us. We also work with organisations such as Boeing, Thales, Ergon Energy, and Insitu Pacific.

Q. Are you a UAV hobbyist? If yes, what do you fly and what tips, if any, would you have for other hobbyist?

Hobbyist may be too strong a word, but definitely enthusiast. My flying experience is limited to the simulator and about an hour on a very small quadcopter in our indoor flying lab – so I’ve got a lot more time ahead of me to gain proficiency. That said, my advice for other hobbyists or enthusiasts is to “know before you fly” – know your limitations, know the rules about safe operation in the environment that you’ll be flying in, and know your platform. The industry is still in its infancy from a commercial sense, and the last thing anybody wants to see is an avoidable incident caused by reckless behaviour.

Were there other questions we should have asked the ARCAA?