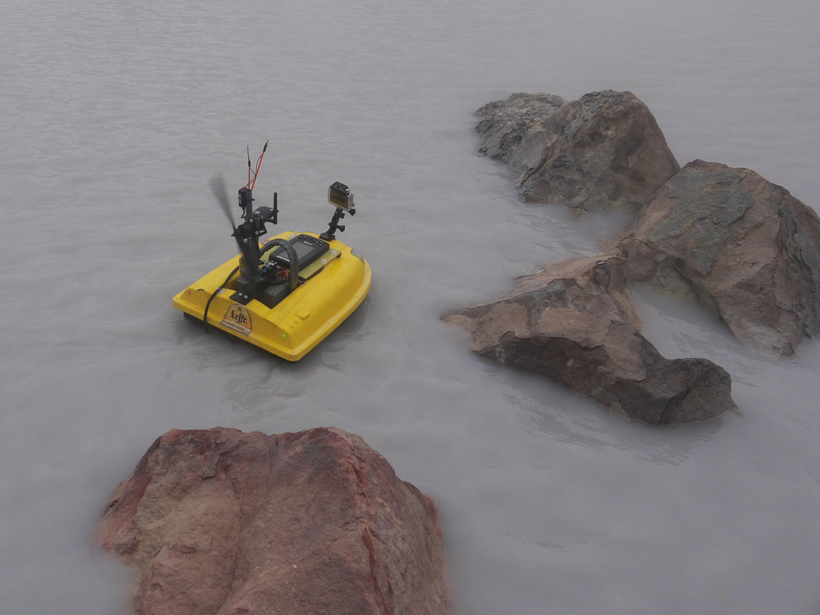 Humans are limited. We can’t fly, breathe underwater, or survive in high temperatures. So we’ve left much of our scientific endeavors to instruments that extend and collect information beyond our senses, like seismometers that detect waves moving through Earth, lidar instruments that can measure elevation, and sensors that can determine the salinity of the oceans.

Increasingly, a new technology is furthering scientists’ ability to capture Earth’s vast, unreachable spaces: drones. These remote-controlled vehicles—sometimes called unmanned aerial vehicles (UAV) or autonomous underwater vehicles (AUV)—can travel to hazardous places humans try to avoid, like up close to a volcanic eruption or underneath meters of sea ice. Now more than ever, robots are scattered across the planet, engaged in some heavy science.

This week marks the 20th annual Earth Science Week, founded by the American Geosciences Institute. This year’s theme, “Earth and Human Activity,” emphasizes the ways in which humans affect Earth and the ways Earth affects humans. In celebration of Earth Science Week, we want to highlight some of the many ways drones help us understand our planet and the changes we make to it.