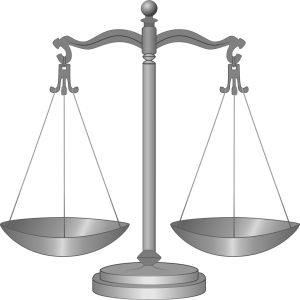 For a beginner in the drone market, being based in the United Kingdom may seem like a painful experience if you want to fly a UAV. Insurance is required for everyone, from hobbyists to commercial operators (technically, if you fly a kite in the UK, you should have insurance).

UAV Legislation for flying commercially, additionally requires a RPAS license, obtainable from one of two companies and qualifies you to operate your vehicle within the Civil Aviation Authority (CAA) regulations. Completing the test is fairly straightforward, but the time consuming process of developing your operators’ manual is where many people fall down or are put off.

My personal background has directed my interest more in the payload capability of UAVs, over their flight characteristics and the joy of simply flying one of these vehicles. The ability to capture an image or deliver an essential device to an otherwise inaccessible location is a hugely entertaining and practical experience. But payloads add multiple layers of regulation to all UAVs, from cameras to sensors, deployable payloads and transport of equipment.

It was only when I started working in the manufacture and export of UAVs that I realised the UK is actually one of the best places to own a drone, personally or commercially. For some countries, Malaysia for example, you require a full pilots’ license. I see a flaw in this plan, in that I don’t recall ever seeing a full size aircraft pilot sitting outside the cockpit while guiding their aircraft onto the runway. The reasoning is straightforward enough, pilots will have the air traffic knowledge required to operate a vehicle in the airspace over their country (albeit below full size commercial usage space), but actual flight capability may be none.

In this respect, the UK and many other countries have the same fundamental flaw. The current uav legislation is like the theory part of a driving test. You may know all the road signs and have a plan of getting your vehicle from A to B, but when it comes to turning tight corners, negotiating with other traffic or taking evasive manoeuvres, pilots’ are left to their own personal flight experience.

In the United States, the FAA appears to be following a similar line to many European countries; develop a framework of requirements, allow a few companies to operate through strict regulation while gathering data on potential usage, issue further guidelines, develop the formal requirements and eventually, issue a roadmap for usage. Unfortunately this is a very uneconomical route, as companies struggle to test fly their vehicles or undertake contracts which are easily fulfilled in other countries with available uav legislation. The appearance of being unhurried, is an element which reduces confidence in local business. Conversely, companies outside the US work harder and faster knowing they have a competitive advantage over their American counterparts.

At the opposite end of the scale are the countries with no regulation, they simply aren’t considering the opportunities or lack the infrastructure to undertake the necessary legislative development. This can lead to their air territories becoming proving grounds for unregulated drones of all capabilities, an opportunity taken up by forces for good and bad.

Somewhere in the middle there is a relatively level playing field to be obtained, but at the moment I feel the UK and similar European countries are leading the market, if only for the clear availability of information. The UK CAA sets out their regulations, publishes them and works with registered bodies to approve licenses. While it may appear cumbersome initially, it is a clear path to follow which makes it economical and unifying. Overtime there may be refinements; vehicle classification, payload restrictions, pilot experience and so on but at least for now there is a commercial and personal starting point which gives the industry a positive experience and allows developers to look at the future of the market.

Personally I see the bigger challenge will lie in the regulation of the payloads. One day the drone will be a commonly seen vehicle, delivering packages to predestined rooftop “micro ports”, CCTV will be mobile, reducing the blind spots and keeping itself free from vandalism, search and rescue will deploy multiple units to cover vast areas quickly and economically, persistent UAVs will maintain radio and data networks in local black spots and so on. But all of these vehicles will have equipment on board which requires regulation or updated regulation to incorporate the ability to change location. The piloting process will be largely autonomous, it’s the purpose of the vehicle and the controller of the data which will be heavily regulated.

The FAA is recieving many comments on proposed drone legislation right now.  You may want to check out that article as well as the this additional information on UAV Legislation.

Drones in India should be legal soon
Drones in India are still illegal, at least for now The Director General of Civil Aviation, or DGCA, in India has been slow to approve the use of drones.  However, drones in India should be legal soon.  Read more of this story on Live Mint. Drones in India Photo: Reuters “Are you …
Progress On Drones Regulation Earns Praise
THE Government was yesterday praised for moving “swiftly” to seek to regulate the use of unmanned aerial vehicles (UAVs) in The Bahamas, having now posted its draft regulations to govern their use. The proposed regulations for Ariel Work Operations …
Aviation Lawyer: Bahamas Has Chance to ‘Get Out in Front’ in Drone Legislation
“Australia and Canada have UAV legislation. Italy’s regulations came into force just this past April 30. The US is still in the discussion stages and meantime, Amazon is asking permission to start delivering packages by UAVs and in the United Arab …
Commercial Uses ‘Endless’ Under Canada’s Drone Laws
Canada’s UAV legislation, in place since 2008 and modified in 2010, enables people like Scott McTavish to make a living operating drones. Current U.S. legislation forbids the use of commercial drones, but that is expected to change in 2015. That’s when …
Portuguese Aviation Authority will publish UAV legislation …
Portuguese Aviation Authority will publish Drone legislation soon. 0 Comments. 92 days ago / Rui Costa. The Portuguese Aviation Authority INAC will publish legislation in the beginning of 2015 for UAVs with MTOW of 150Kg. Finally Portugal …