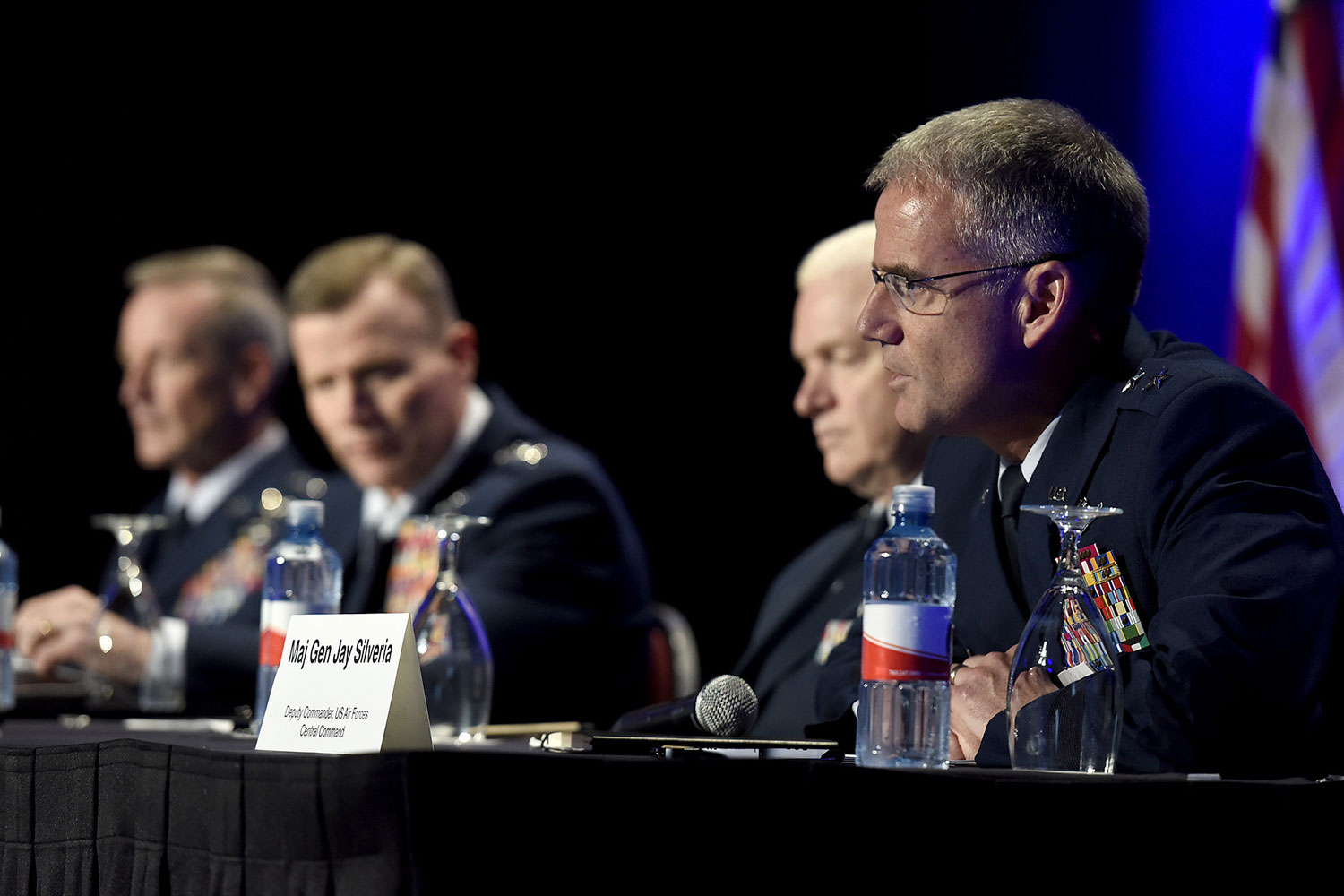 The U.S. Air Force and Joint Coalition aren’t waiting for deadly drones used by the Islamic State to pop into the airspace and menace troops.

“Purchasing a system that just defends a space … is more of an industrial age solution, and we need to go to the information age solution,” he told reporters during a media roundtable Thursday here at the Air Force Association’s Air Warfare Symposium.

Silveria said forces in Syria and Iraq have seen drones “from quadcopters with little cameras up to [drones] with a wingspan of five, 10 feet.”

It’s “obvious” the ISIS drones are being used for “strike, [intelligence, surveillance and reconnaissance], command and control, propaganda,” he said. “As airmen … we’re going to take these on the same way we take on any system.”