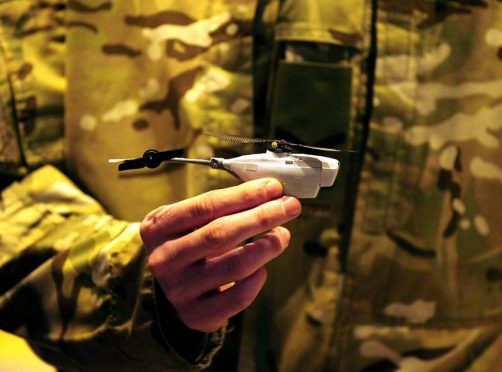 The American government’s defence department is offering funding to companies that can create a new generation of autonomous bat-like drones powered by lasers.

They are particularly interested in “biomimetic” technology, which is a design mimicking real-life biological systems or functions.

The department’s Defence Enterprise Science Initiative is offering grants between $1.5 million and $6 million for companies who can make them nature-inspired unmanned aerial vehicles (UAVs).

Operators sitting in the ground control operating station for a remotely piloted air system in the RAF
The new generation of vehicles would need minimal input from drone operators (Rui Vieira/PA)
The military competition gives bats and flying insects as examples of animals that modern UAVs might imitate, giving them “improvements in manoeuvrability, survivability and stealth over traditional quadcopter or fixed wing design”.

The army also wants vehicles with the capability to work without interference from a human pilot on the ground, achieved by “self-contained algorithms” and hardware.

Ideally, these drones would have the ability to make real-time decisions and even plan their own missions.

A traditional drone hovers in the air
The military is looking for drones than can navigate difficult war zone terrain, which traditional quadcopters struggle to do (Aaron Chown/PA)

Source: The US military wants to create laser-powered bat drones that can make their own decisions in war