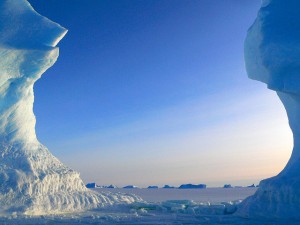 Drones In The News
Underwater Drones in the Arctic MemoryCatcher / Pixabay

Drones are being used to assess the current pace of ice melt in the Arctic.  Read this article, originally posted on the Latin Post.

The U.S. Navy has deployed underwater drones to monitor the melting of ice sheets on the Arctic. The Navy’s mission is to assess the speed in which the ice is melting and plan for possible Russian incursions as more open water becomes navigable.

The Navy deployed the underwater drones as part of its revised Arctic Road Map, which explains how the decreasing ice layers and rising water temperatures will create more water ways in Arctic and allow for greater sea traffic. The project will help plan for potential Russian incursions into the Arctic as the seas continue to open up. With the information, the Navy can plan accordingly.

The drones will monitor the water’s temperature and salt content so scientists can create better models to predict when waterways will begin opening up, Martin Jeffries, science advisor to the Office of Naval Research (ONR) told Military Times.