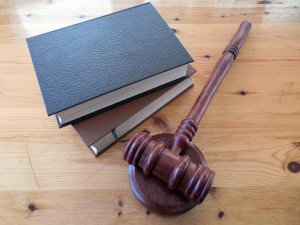 The FAA is receiving many comments on Proposed Drone Regulations.

PCWorld notes that more than 2000 comments on proposed drone regulations have already been received by the FAA.  A comment that struck us as a broader truth was this one.

“this rule will ultimately hurt my business and many others that have given their lives up as well. My employees and myself will be out of jobs and many others across the country. It is a very simple thing to look at. Those that intend to do harm or wrong doing will do it no matter what the law is. These regulations will only hurt those that lawfully operate radio controlled vehicles.”

“The Federal Aviation Administration has received over 2,000 comments on its proposed rules for commercial drone flights in the U.S.

The 2,000th comment was received Wednesday and hundreds more are likely to be filed before the deadline on April 24.

Some of the comments assail the FAA for allowing companies to fly drones, saying it will lead to noiser and more dangerous skies. Others ask the agency why it took so long for it to get this far.

The FAA proposed a broad set of rules that would allow companies to fly drones as long as they stick to several basic conditions: no higher than 500 feet, no faster than 100 miles per hour, and only during daylight.

Drones would have to be flown by a licensed operator—a newly created certification—and kept within visual line-of-sight. Drones would always have to give way to other air traffic and could not fly over people who aren’t involved in their operation.”

One week left to comment on the FAA’s proposed drone regulations…. http://t.co/aqqyP7KH2b
The Federal Aviation Administration’s much-delayed proposed rules for operating small unmanned aircraft systems will handicap the growth of commercial drones, critics say. The FAA’s draft regulations would prohibit Amazon.com (NASDAQ:AMZN) from …
An investor’s perspective on the proposed drone regs |
An investor’s perspective on the proposed drone regulations. It was an exciting Sunday morning on a holiday weekend in the world of small commercial drones (small Unmanned Aerial Systems as FAA calls them). We had …