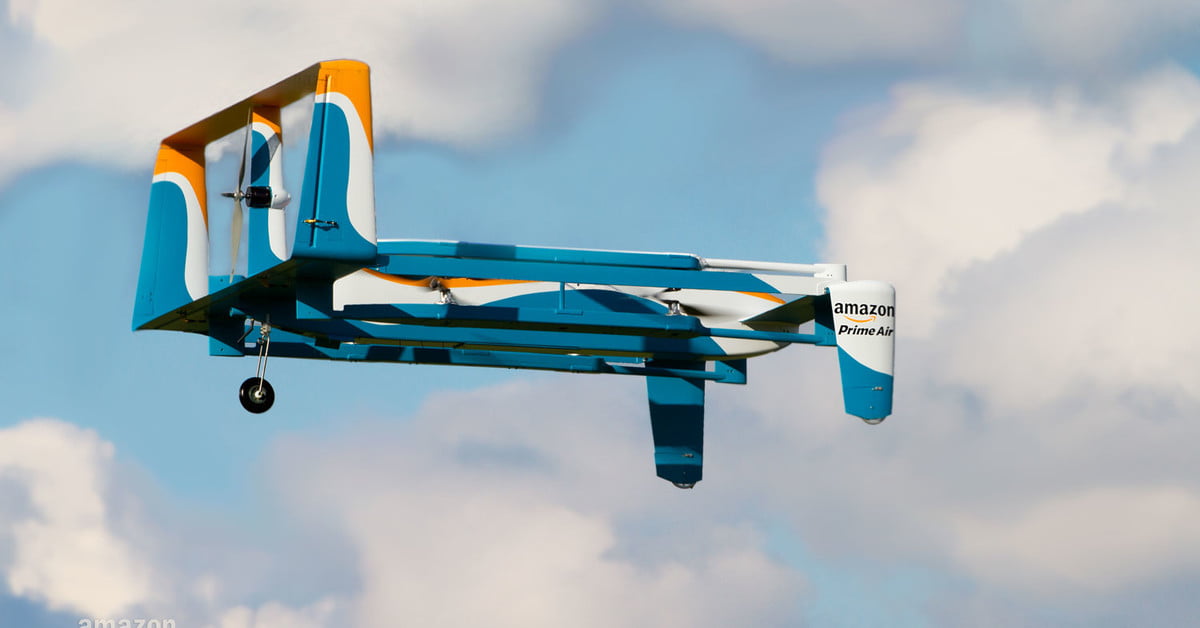 Why it matters to you

We’re sure someone will eventually find a solution to banish range anxiety, but we’re not sure this is it.

Whether or not Amazon’s R&D team comes up with most of its ideas during Friday night drinks is immaterial. The reality is that, possibly on a Monday morning, it files those ideas with the United States Patent and Trademark Office (USPTO) and, after a period of time, the USPTO grants Amazon the patent.

Some of those patents will be forgotten by the Seattle-based company over time and therefore never see the light of day, but as technology develops, others may eventually come to fruition.

It’s hard to believe Amazon’s “floating warehouse” will ever get off the ground, though this remarkable “beehive” drone tower seems a little more feasible. As for the tiny “assistant drones” to help cops in their work, well, the jury’s still out on that one.

The latest Amazon patent to be granted by the USPTO describes a drone-based system for delivering energy to electric vehicles as they’re driving along. Put simply, the method would involve a drone flying to an electric vehicle, landing on it, and charging before flying back to base. The drone would identify the car from a code on its roof, and then dock to begin the process of topping up the battery.

The idea tackles the issue of electric vehicles running low on power during long journeys, though Amazon could end up ditching the idea as technology for such vehicles continues to develop at a rapid pace. Indeed, Amazon filed its patent in 2014, a time when the car-battery issue was more pressing. The USPTO granted the patent just this month.