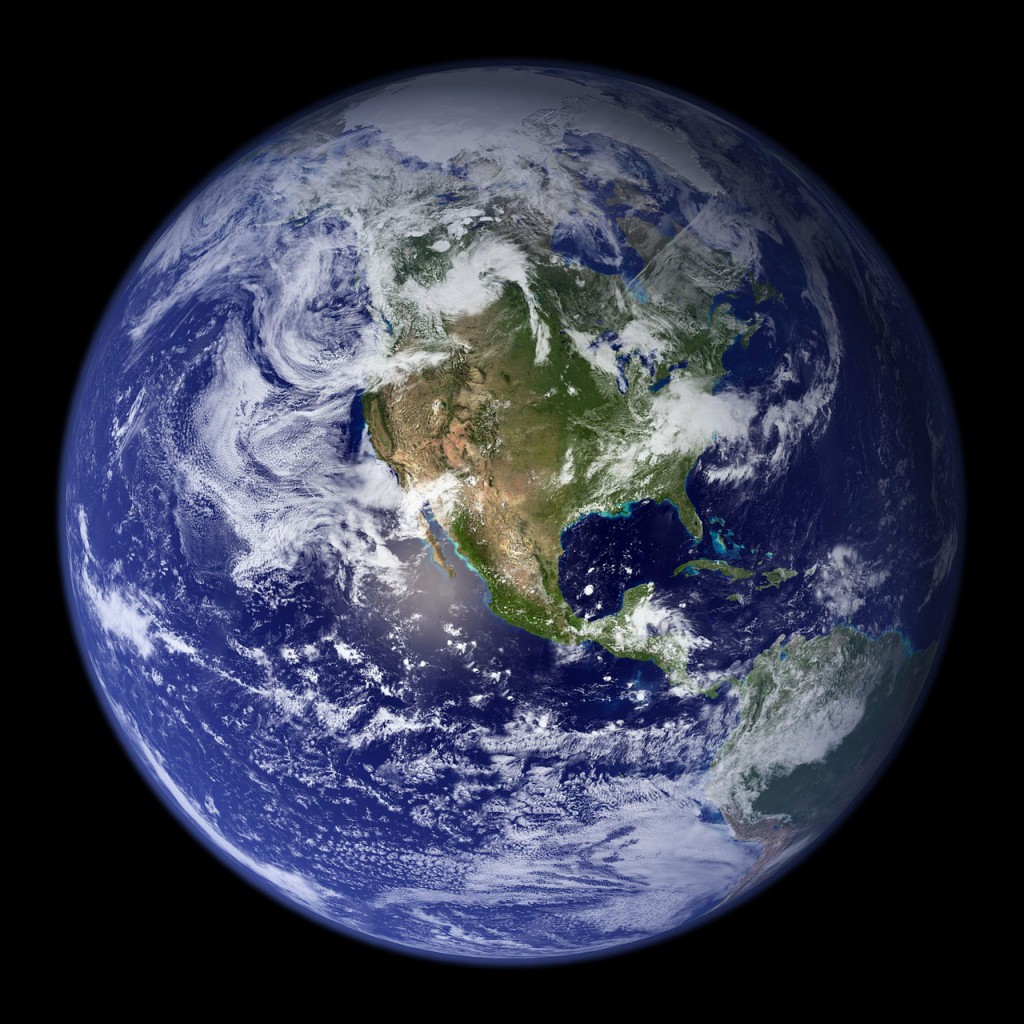 Parimal Kopardekar will be a panelist at the upcoming InterDrone Conference in September speaking about how to successfully integrate drones into the NAS (national airspace).  His work at NASA on UTM (the NASA’s low-altitude air traffic management research for unmanned aerial systems) is going to be a critical component to this effort, so we reached out to our friends at NASA to ask a few questions and learn more.  What follows is our interview with a NASA Spokesperson about this work.

Q. We are excited as we know that Parimal is the Manager of the NASA’s Safe Autonomous System Operations (SASO) Project. Could you explain a bit about this project for our readers?

Right now, NASA’s low-altitude air traffic management research for unmanned aircraft systems (UAS), known as UTM, comes on the heels of a society that is ready for UAS’s to perform practical uses such as parcel delivery, first responder support, agriculture, search and rescue, industrial and entertainment support. The emerging industry shows tremendous promise. Despite all the excitement surrounding the potential users of unmanned aircraft systems, we do not have an airspace management approach that is scalable to accommodate future demand.

With UTM, NASA is embracing a new era of aviation. NASA is not only performing its own research and development, but also acquiring alternative technologies to support UAS integration into low altitude airspace. It is also facilitating the transfer of knowledge to the private sector to support expansion of the United States commercial technology base and to increase the return on investment in NASA-funded research and development.

Today, working in alignment with the FAA, NASA and more than 100 partners, including test sites, universities, UAS operators, UAS manufacturers, surveillance providers and multiple commercial entities are working to help accelerate UTM’s development. These partners are eager to see how their technology will work with UTM and want to find a way to safely integrate small UAS into the national airspace.

Q. Many people worry about safety and privacy issues when they think of drone technology. When people raise these concerns to you, how do you respond?

Safety and privacy issues are legitimate concerns when it comes to unmanned aircraft systems. These are issues the FAA is seeking to address, and it will be a key discussion point at our UTM 2015 Convention: A New Era of Aviation, being hosted at NASA Ames July 28-30. Our UTM research, however, is focused on air traffic management. Combining air traffic management with privacy in the same conversation is a challenge. Many things can collect data, not just unmanned aircraft systems. Cell phones, manned aircraft, surveillance cameras and so on. Right now, when it comes to privacy, it seems the focus is not on the unmanned aircraft system but on the data and privacy laws. NASA’s charter is to develop technology, so in general, privacy issues are not addressed by NASA. It is for other federal agencies to develop the privacy policy. But safety is of paramount importance and we are addressing safety-related concepts as part of UTM research and development.

Q. We saw that Parimal is speaking on the very important topic of Integrating Commercial Drones Into our National Airspace at the upcoming InterDrone conference. This is clearly a subject that is near and dear to our hearts. While the FAA is doing a great job, there is always room for improvement. Are there key changes that must be considered for this to happen most efficiently, most safely?

The FAA is doing a remarkable job, while at the same time being faced with a difficult challenge. There is a tremendous push from  the commercial sector to develop the UAS industry. Despite all the excitement surrounding the potential uses of drone aircraft, we want to walk a fine line to ensure the airspace is no less safe than it is today.

From an air traffic management perspective, one of the biggest challenges is to safely integrate UAS into the national airspace with the ability to fly beyond the line of sight of the operator at low altitude. Some of these safety concerns are being addressed through on-board technology, such as systems that enable UAS to “sense and avoid” other stationary or moving objects.

UTM is a scalable system where various builds support needs of operations and geographical regions based on the services it can provide to enable safe operations using principles.

Q. As UTM helps with commercial drone integration into the NAS we should see many exciting commercial uses.  What uses, potential or existing, most excite you?

From a capability standpoint, today’s small unmanned aircraft systems represent a whole new level of evolution over previous unmanned aircraft, and they’re accessible, affordable and easy to use. You can buy drones today with highly capable on-board cameras, GPS and high-powered radios. They provide everyday people with the ability to access images, video and data that weren’t available to the public before. What excites me about development of a low-altitude air traffic management system for unmanned aircraft is the scalability and flexibility our concept offers to operators of unmanned aircraft systems. How the marketplace reacts to this research and convergence of new technologies that will emerge, along with the services to be provided, will be exciting to watch.

Q. I have to go beyond UTM and ask about UAVs in space. Do you see a role for drone technology as part of space colonization? 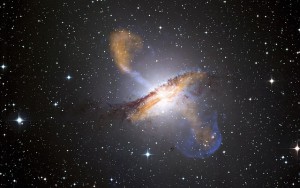 In some ways, NASA has been using unmanned aerial vehicles in the space for Mars and deep space missions for a good while. For example, NASA is currently exploring a Mars helicopter concept, a proposed add-on to the Mars rovers of the future that could potentially triple the distance these vehicles currently drive in a Martian day, and deliver a new level of visual information for choosing sites to explore. The current design is a proof-of-concept technology demonstration that has been tested at NASA’s Jet Propulsion Laboratory, Pasadena, California.

Q. Does NASA make use of UAVs today and, if so, how does your work impact that use?

At NASA, many applications involve inspection of space launch vehicles where it’s far cheaper and safer to send an unmanned aircraft with a camera into a remote or dangerous place than to send a human. NASA uses them to inspect launch facilities and launch vehicles, and to do atmospheric sampling, Earth observations and many other applications.

Q. Were there any questions that we should have asked you that you want to ensure people are aware of with regard to your work, with regards to drones more broadly, or with regards to NASA’s efforts in this space?

For the past two years, as UAS technological innovations have grown more commercial, NASA has opened itself up to working alongside many committed government, industry and academic partners, providing NASA with access to more leading technologies.

By embracing the flexible trends that are defining the future of aviation, NASA is benefiting from commercial investments in UAS technology, which is enabling NASA to lead research, development, testing and implementation of a cloud-based unmanned aircraft systems traffic management, a system that is intended organize commercial flights at low altitudes and avoid collisions of unmanned aircraft systems being operated beyond line of sight.

NASA’s idea is to use UTM as a tool that bridges the gap between commercial innovation and air traffic management research. The purpose is to help the private sector meet the challenges of the highly competitive global economic environment, along with providing NASA personnel assistance in achieving critical R&D goals. By working with partners who provide their own vehicles or low altitude radar, or radio frequency ground stations, and perform collaborative testing, our UTM concepts are being challenged. And these are varied vehicles, performing varied functions, operating in the same airspace to ensure all these operations are done in a safe manner.

This provide an opportunity for the private sector or academic institution to tap into the resources that NASA has to offer. And, as a partner with the NASA, these companies have access to UTM advanced technologies and the expertise of NASA highly skilled scientists and engineers. This access is not only accelerating UTM development, but is helping the commercial sector develop products and technologies that will be commercially successful in the long-term.

To help further that collaboration, in an unprecedented move, NASA is partnering with the Silicon Valley Chapter of the Association of Unmanned Vehicle Systems International to co-sponsor the 2015 Unmanned Aerial Systems Traffic Management Convention: A New Era in Aviation. The convention is set for July 28-30 at the NASA Ames Research Park, Moffett Field, Calif. This convention is unique in that UTM is bringing together NASA, FAA and industry thought leaders, making it more important than ever for those in the industry, those looking to use unmanned aircraft system technology, to attend. Please find more information about the convention here.

Interested in learning more about UTM?  What questions should we have asked?

InterDrone, The International Drone Conference and Exposition, September 9-10-11 in Las Vegas, is the first global scale conference for the builders, flyers and buyers of commercial drones. It will feature a two-day technical conference for engineers and software developers, an overlapping conference for commercial drone “buyers and flyers” in more than a dozen vertical market segments, and a drone business conference. 2500+ attendees.  Receive a $150 discount off the prevailing rate of the 3 day pass by inserting the code FLYIT or a $25 discount off any expo pass with code EXPO when prompted at www.interdrone.com