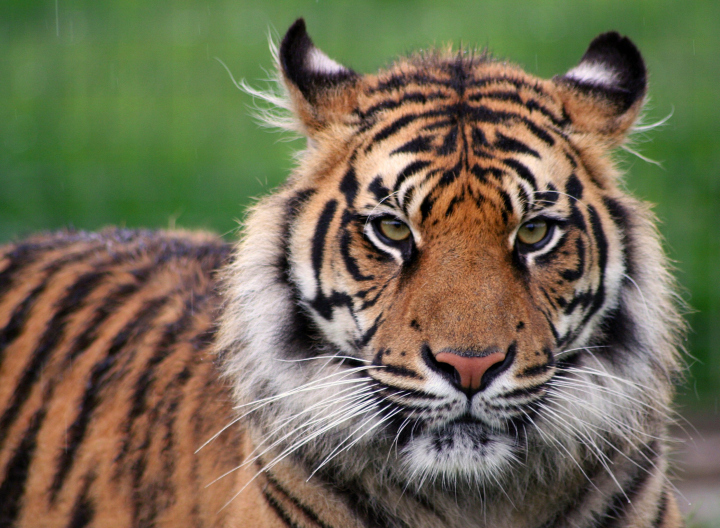 China Central Television on Wednesday published a video to YouTube (GOOGL, -0.46%) showing a pack of tigers stalking a drone flying overhead. While the drone—apparently operated by a human—was safely out of the tigers’ reach for a while, one of the tigers eventually had enough and snatched it out of the sky. The tigers then pounced on the drone, and promptly started to tear it apart in hopes of having a nice meal.

The video, which was earlier discovered by Gizmodo, is the latest animal-versus-drone video to have surfaced online.

French media outlets recently published details on an experimental program within French special forces aimed at taking out drones. The special army unit has for months been training four golden eagles charged with seeking out drones and taking them down mid-air. The eagles use their talons, which can expert pressure up to 500 pounds per square inch, to snatch the eagles out of the air.

Source: Watch Tigers Hunt a Flying Drone and Eat It